In the news: Stormwater forum brings out North Shore residents 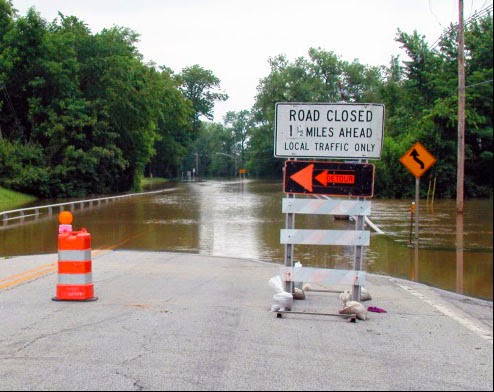 hit on the most pressing issues surrounding stormwater—pollution, flooding, and management—but one topic in particular drew the crowd’s attention.

One of the largest and most discussed projects in the north shore remains Winnetka’s proposed Willow Road stormwater tunnel. The tunnel would run underneath Willow Road from Glendale Avenue east to Lake Michigan.

Residents have raised concerns of more than 1,000 acres of drainage area feeding into the tunnel, and its possible affect on Lake Michigan’s water quality.

“The goals that were laid out for this project were to limit the risk of structural flooding,” said Joe Johnson, vice president of MWH Americas, Inc., which is designing the tunnel. “We’re trying to limit the flooding that gets into people’s homes and causes structural damage.”

Johnson said the village would use its current stormwater infrastructure during smaller storms, while the tunnel proposal is designed to accommodate larger rain events, such as a 100-year storm.

According to Johnson, the tunnel is being pursued due to Winnetka’s west side acting as “a shallow bowl” and that some areas of the west side are below the 10-year flood level of the Skokie River, making them susceptible to flooding.

“There is a real challenge to draining that part of the village,” Johnson said. “Areas east of Hibbard Road in Winnetka have very low permeability soil. That affects our thinking in how we address flooding in those areas.” Read more

And we’re so excited about it!