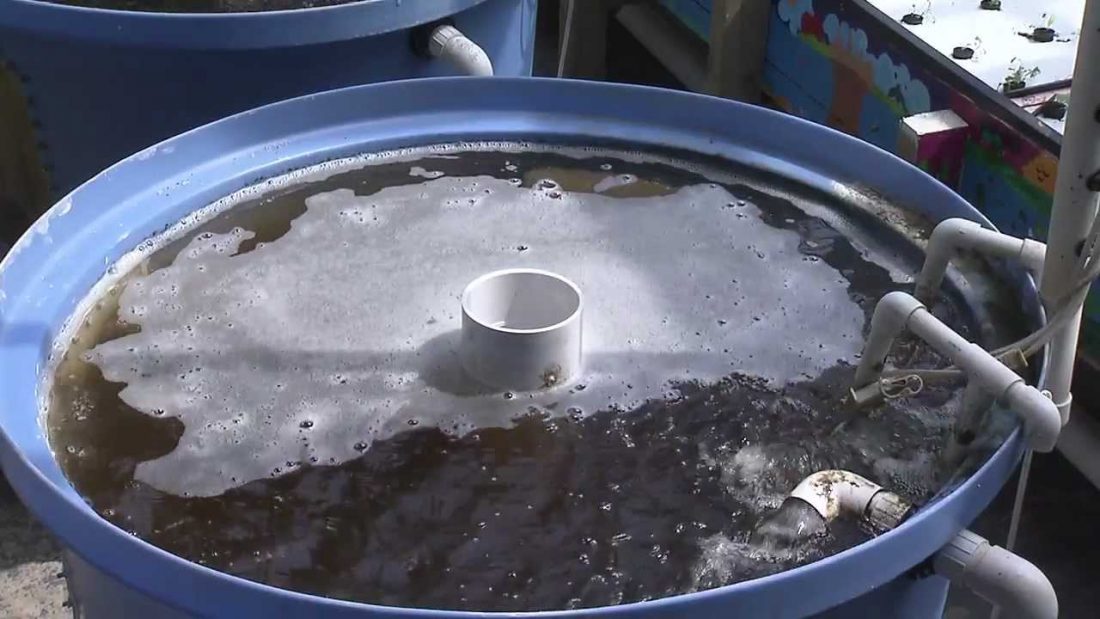 If you are an aquaculturist who subscribes to the saying, “waste not, want not,” you might want to look into the new farming practice of aquaponics, which combines the soil-less growing technique of hydroponics with aquaculture.

“Aquaponics is great because you are integrating fish production with plant production,” said Kwamena Quagrainie, Illinois-Indiana Sea Grant aquaculture marketing specialist. “You are also making maximum use of limited resources.”

Specifically, the system uses the nutrients that are emitted from fish to nourish plants, creating a habitat that is self-sustainable and eliminating waste. As a result, aquaponics does not require a large amount of space.

“This technique is a great avenue for achieving green infrastructure in urban areas. It can be practiced by individuals or communities for food production,” said Quagrainie. “You could set up an aquaponic system in your own garage or your basement if you wanted to.”

Quagrainie’s interest in aquaponics began a couple years back when he began hearing about it from local producers. He visited AquaRanch Industries, located in Flanagan, Illinois, to learn more about the aquaponic process.

Since 2006, Quagrainie has held aquaponic workshops each year to spotlight the benefits of this process and explain how to set up your own system. Attendees also learn about costs and marketing, as well as visit an aquaponics facility. The next workshop will likely be in the spring. Through Purdue Extension, Quagrainie also developed a video that provides an overview of aquaponics.

“We are trying to target people who are really interested in getting into aquaponics,” Quagrainie said. “We want to reach people who are thinking about sustainability and reducing their carbon footprint.”

“Aquaponics is a fairly new technique,” said Myles Harston, who runs AquaRanch Industries and assists Quagrainie with the workshops. “But it makes sense. The plants feed the fish, the fish feed the plants, and the plants clean up the water for the fish. You can continually reuse water with very little turnover or waste.”

Harston added that an aquaponic facility is very similar to a garden; and the produce grown through this process is very fresh. “Hydroponic tomatoes are not great tasting. They have a kind of sterile taste,” he said. “But an aquaponic tomato tastes just as good as a garden-grown tomato.”

Even though aquaponics is not widely practiced yet, the word has been spreading. A new company in Chicago called 312 Aquaponics opened its doors last year. Brian Watkins, one of the co-founders, said he was partially inspired after attending a seminar by Harston. “When I first started looking into aquaponics, I was really blown away. I kept thinking that this can be very important for the future,” Watkins said.