In the news: Illinois beach water showing signs of improvement

Illinois’ beach fronts got a bit of good news last week as a recent report pointed to improving water conditions and reduced contamination.

From The Chicago Tribune:

“The report compiles data on E. coli levels collected by local agencies and submitted to the U.S. EPA. E.coli, which can cause serious illnesses and infection, can be a predictor of other contaminants in the water, said Henry Henderson, Midwest director for NRDC. 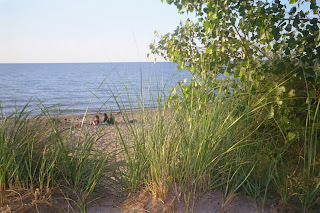 Chicago’s Montrose Dog Beach and Rainbow Beach were the most contaminated beaches along Illinois’ Lake Michigan shoreline, according to the report. A variety of factors can change how a particular beach might test on any given day.

The study also found that Illinois’ 65 Lake Michigan beaches saw a combined 334 closings and swimming advisory days last year, a decrease from 483 combined days in 2011. The majority of those closings and advisories were caused by unknown contamination sources, according to the report.”

Read the complete article and more details about the report’s findings for several Great Lakes area beaches at the link above.