In the news: Proposing an international outdoor trail throughout the Great Lakes

Posted May 13th, 2014 in Recreation & Tourism
Several interests have aligned to propose a biking, hiking, and paddling route through the Great Lakes basin in both the U.S. and Canada.
From CTV News:

“The Great Lakes Coastal Trail Conference — taking place Thursday and Friday in Saugatuck, Mich. — aims to bring together supporters in the U.S. and Canada to formalize development of a roughly 11,270-kilometre route.
The route would include Great Lakes shoreline and the St. Lawrence River, which connects the lakes to the Atlantic Ocean.
An aim is to draw tourists to the region, which includes eight U.S. states and Quebec and Ontario.
It would integrate independent biking and kayaking trail developments in states such as Illinois, Michigan and Wisconsin.”

2020 has been a pretty grey year. We just want to remind you that there's beauty in everything, even if you have to look more closely to find the grace in the grim. #thankful 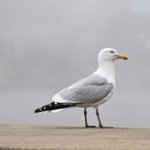 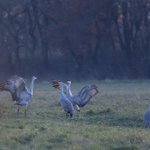 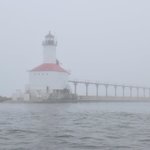