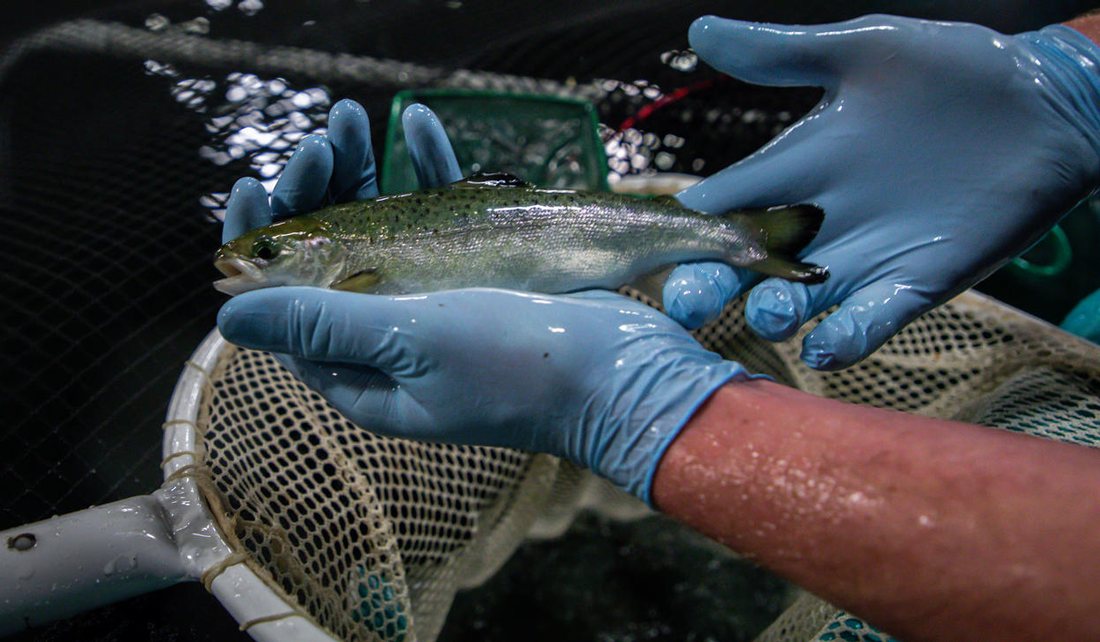 Many people show concern about eating genetically modified organisms (GMO) like the new farm-raised Atlantic salmon that includes a gene from chinook salmon and DNA sequence from ocean pout, an eel-like species. However, an article by Tony Briscoe in the Chicago Tribune—“Indiana salmon hatchery to raise nation’s first genetically modified animal cleared for human consumption”—covers why GMO fish produced via aquaculture are needed to help feed the world’s growing populations, how the new salmon production is similar to GMO crop production, and why the thought process of “GMO is scary” is not necessarily accurate. Tomas Höök, director of Illinois-Indiana Sea Grant, comments on the public perception of GMO in the United States, as well as the necessity for aquaculture to feed people when marine fisheries are being overfished or have reached the limit of sustainable fishing levels.