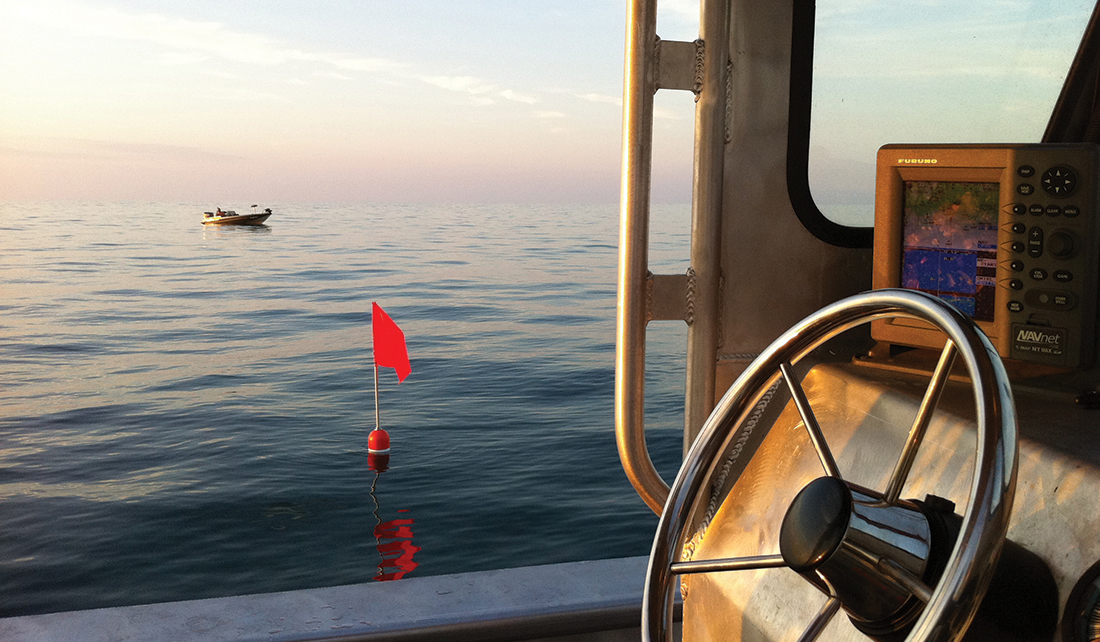 The Lake Michigan food web is in transition—not just in the question of who’s eating whom, but where fish and other organisms are finding food. In recent years, the nearshore has become the go-to location.

Ben Turschak and Harvey Bootsma, biologists at the University of Wisconsin-Milwaukee, set out to characterize the food web in Lake Michigan by capturing the dynamics of what’s happening in the waters near Milwaukee. They use carbon and nitrogen stable isotopes from fish tissue to learn what they are eating, and to understand where each species fits in the food web.

“Carbon stable isotope ratios tell us what a species eats or its primary energy source,” said Turschak. “Predators have a similar carbon isotope ratio to their prey. For instance, a fish that eats zooplankton might have a very different carbon isotope ratio than one that eats bottom-dwelling insects. By contrast, nitrogen stable isotopes become heavier as they go from a prey source to a predator, so they can reveal where a species is positioned in the food chain.”

The Milwaukee shoreline is characterized by a mixed sand and boulder bottom, with frequent cool water upwellings caused by wind pushing warm surface water towards Michigan. The researchers found the food web there could generally be separated into species that eat phytoplankton or those that dine on algae on the lake bottom in shallower nearshore areas. Generally, however, most fish species have begun to rely more heavily on nearshore energy sources.

The likely culprits in shifting the balance of productivity to the nearshore waters are invasive species. In particular, quagga mussels filter large quantities of water to feed on phytoplankton, this process clears the water and, in shallower nearshore areas, allows more light to reach the bottom. The mussels also excrete nutrient-rich waste that fertilizes the lake bottom. With more light and nutrients, bottom-growing algae can proliferate and support more bottom-dwelling invertebrates and the fish that feed on them.

“On the other hand, in offshore waters, mussels also filter phytoplankton and make the water clearer, but the increased water depth prevents enough light from reaching the bottom to support much algae. As a result, quagga mussels are leaving the deep offshore waters depleted relative to nearshore waters,” said Turschak.

The researchers also observed that typical patterns of diet change that occur as fish get larger have also shifted for some species. “This indicates that some fish species may have greater reliance on nearshore energy at particular stages of their life because of these food web changes,” said Turschak.