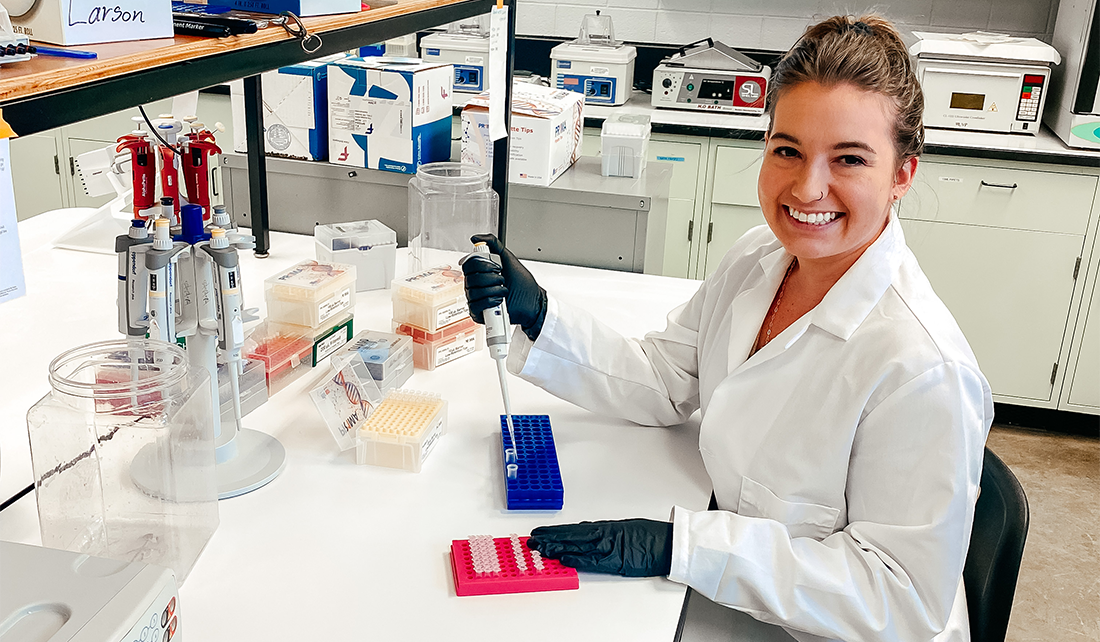 “Meet Our Grad Student Scholars” is an article series from Illinois-Indiana Sea Grant (IISG) celebrating the graduate students doing research funded by the IISG scholars program. To learn more about our faculty and graduate student opportunities for funding, visit our Fellowships & Scholarships page.

Jordan Holtswarth-Hartman is a PhD student in Natural Resources and Environmental Sciences at the University of Illinois at Urbana-Champaign, and part of the inaugural Illinois-Indiana Sea Grant Graduate Student Scholars cohort. She is interested in ecology and conservation and is currently looking at the impacts of Banded Killifish, a native transplant species in the Illinois-Indiana area. Jordan earned her bachelor’s degree in Fisheries and Wildlife from the University of Missouri – Columbia, and her MS in Biology from Tennessee Technological University, where she studied the transferability of habitat suitability models for freshwater mussels in Missouri. Jordan is an avid yogi and coffee enthusiast, and a mom to cat Ghost and bunny Luna.

PhD student Jordan Holtswarth-Hartman is studying the relationships between Eastern and Western Banded Killifish. She is comparing their ecological roles as well as whether the two are hybridizing, or breeding together. While their names indicate they live on opposite sides of North America, the two subspecies of Banded Killifish have come to inhabit much of the same territory over the past 20 years.

Western Banded Killifish typically live in kettle lakes, which are fed by underground rivers and streams. While originally from the eastern coast of the United States, not much is known about how the Eastern Banded Killifish became more common than its western counterpart in Lake Michigan and the Illinois River. Because Eastern and Western Banded Killifish look so similar, Holtswarth-Hartman needs to use stable isotopes and genetics to determine the ecological roles—the importance or function they play in the ecosystem—of the subspecies and whether they are hybridizing. 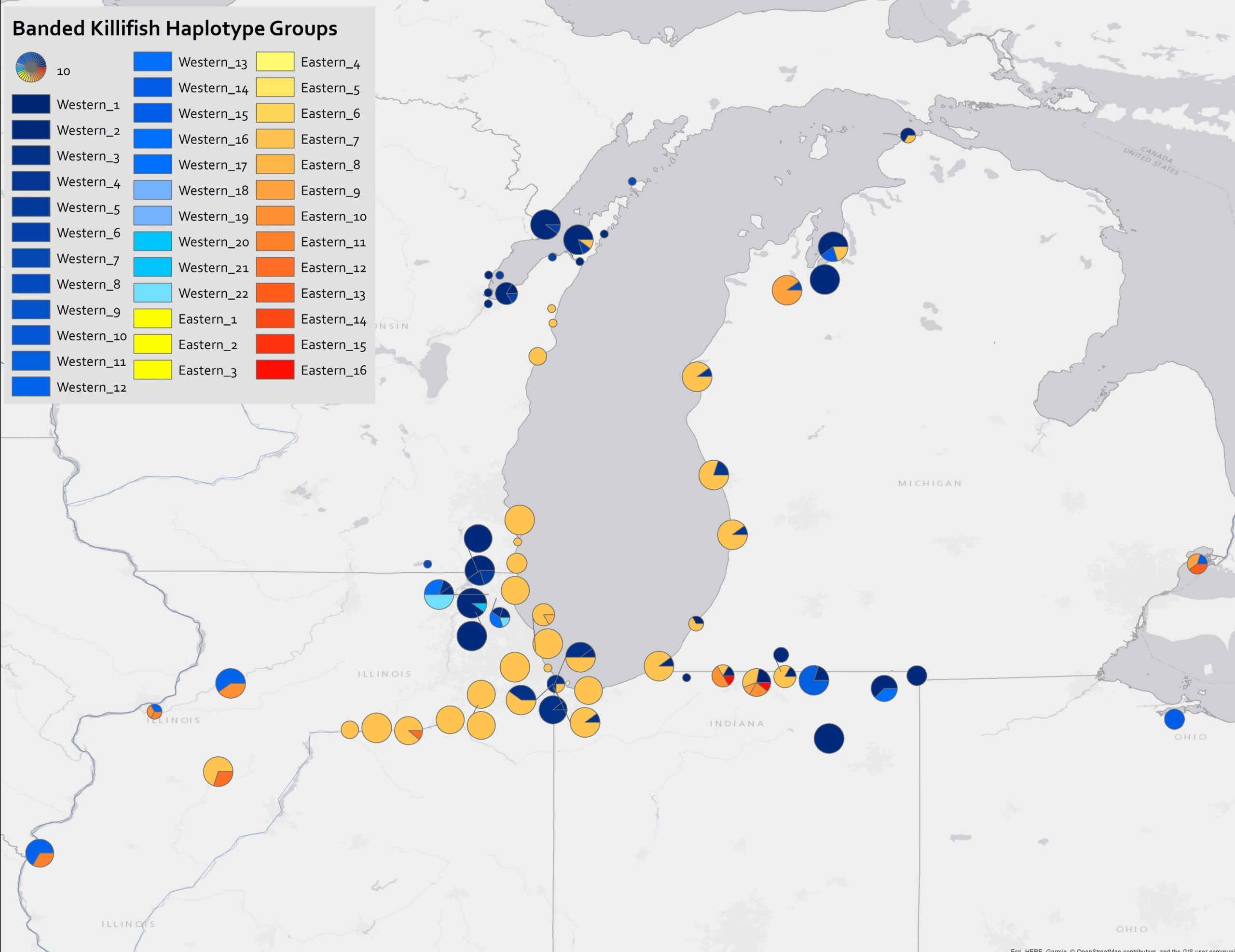 (Graphic provided by Larson Lab / University of Illinois at Urbana-Champaign)

So, what does it mean that at least some of the Banded Killifish are changing their habitats? Holtswarth-Hartman and the principal investigator on her project, Eric Larson, use the term native transplant to refer to species that are from the United States but have been moved outside their native range. Banded Killifish are also considered non-game fish, meaning there are no sport or commercial uses for them. There are an estimated 236 non-game, native transplants in the United States; they play an important ecological role in the greater Illinois-Indiana region, but are relatively under-studied. 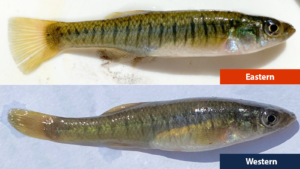 Holtswarth-Hartman is working with 727 fish samples, so the detail-oriented lab work she is completing is time-consuming but necessary to reach her research objectives. She has two main goals: first, to determine the trophic position of the two subspecies using stable isotopes; and second, to determine whether they are hybridizing using genetics.

A trophic position is an organism’s place in a food web, and helps define its ecological niche. Stable isotopes are two or more forms of the same element which have different numbers of neutrons. They are stable because they do not decay over time. Stable isotope values in muscle tissue differ based on diet, meaning Holtswarth-Hartman can deduce what fish eat and therefore where on the food chain they are. This gives a picture of the long-term diet, but there is another technique, called gut metabarcoding, that can reveal what the fish ate shortly before they were caught.

While genetics have become a key part of her project, Holtswarth-Hartman did not have any background in the field before starting her PhD. Now, she says she has developed a love for genetics and has included three different genetic aspects in her project. “I have really enjoyed broadening my knowledge in many different areas such as genetics and sample collection,” Holtswarth-Hartman said. “On a personal level, I have been fortunate to build close relationships with new mentors and friends that have been a major help with all aspects of my PhD.” After she earns her doctorate, Holtswarth-Hartman is thinking about jobs in academia, government or for NGOs where she can apply her skills in habitat suitability modeling and genetics.

You can learn more about the exciting research that Jordan is conducting in the Larson Lab at University of Illinois Urbana-Champaign by following @JordanHHartman on Twitter or browsing her publications on Google Scholar or  ResearchGate.