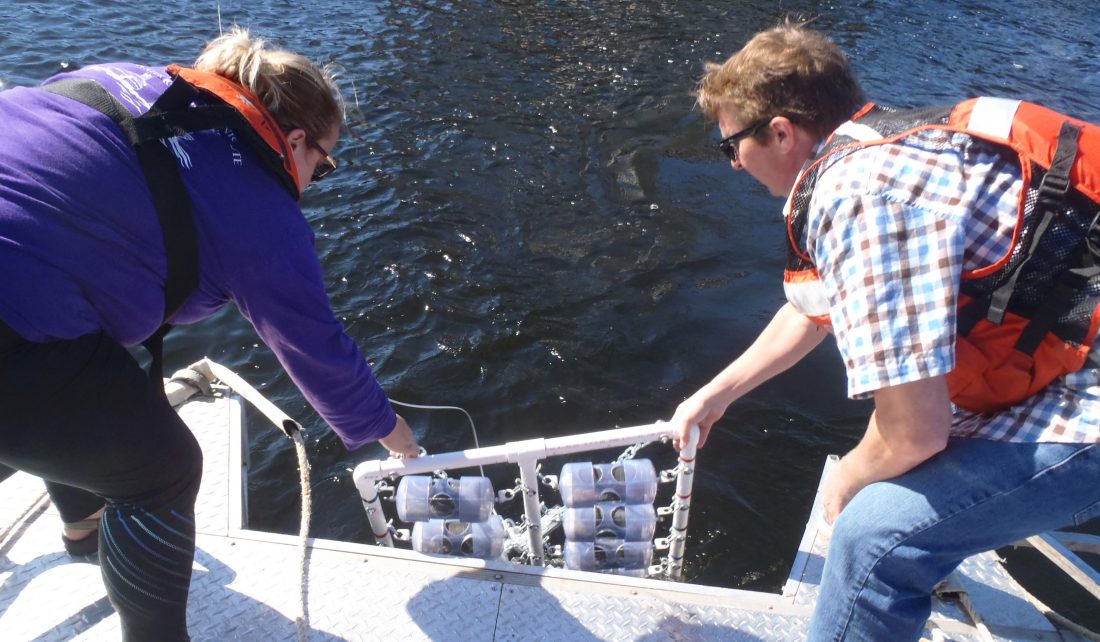 Ever-present in our world, it’s not surprising that plastics have been found in waterways virtually everywhere, mostly showing up as microplastics. Another group of contaminants, PFAS (per- and polyfluoroalkyl substances) are, likewise, being detected in the environment across the globe.

All of these contaminants pose concerns on their own, but now research funded by Illinois-Indiana Sea Grant has found that PFAS can stick to microplastic particles in the water, increasing the likelihood that they will end up in the food web.

PFAS are human-made chemicals that are used in many common products such as non-stick cookware, pizza boxes and stain repellent fabric. Qualities that have made them useful—for example, they are very stable and are resistant to water and oil—can contribute to concerns about PFAS. They don’t easily break down in lakes, rivers, wildlife and people. PFAS can have health effects, such as increasing the risk of cancer, decreasing fertility, and impacting growth and learning in infants and children.

John Scott, an analytical chemist at the Illinois Sustainable Technology Center, led a team of researchers to understand the extent to which PFAS and other contaminants attach to microplastics in waterways.

His team used three common types of plastic, testing them in the waters of Muskegon Lake, which sits adjacent to Lake Michigan along the Michigan coast. They also did similar testing in a controlled environment using laboratory water.

Microplastic samples were submerged in the nearshore waters of the channel connecting the two lakes and in the middle of Muskegon Lake, for one month and three months in both locations, and in the laboratory for one month. 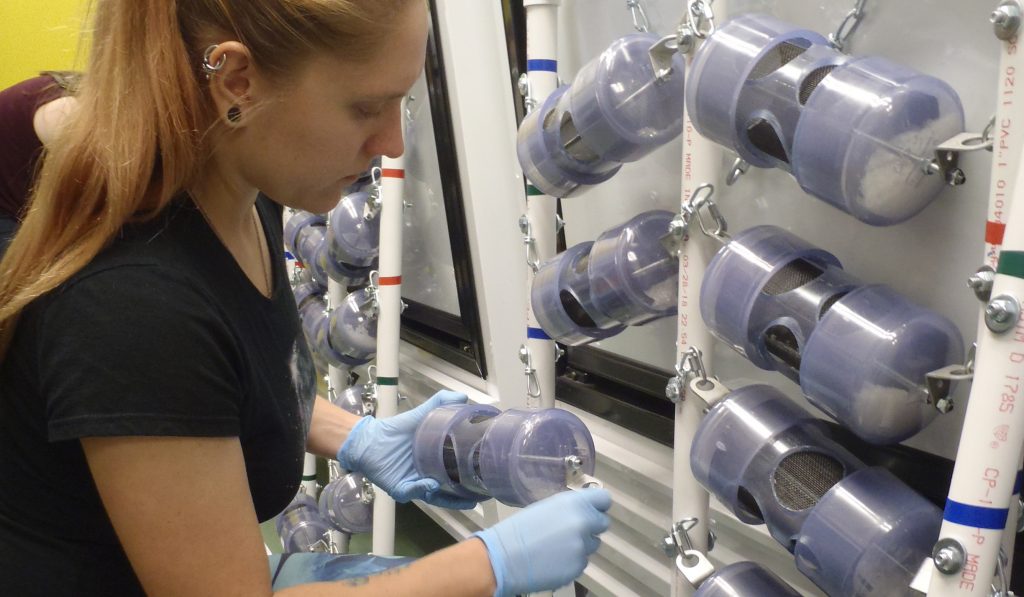 The researchers found that regardless of location, length of time or type of plastic tested, PFAS in Muskegon Lake adhered to microplastic particles—ranging from .052 nanogram to .87 nanogram of PFAS for each gram of plastic. Interestingly, the amount of PFAS sticking to the microplastic in laboratory water was notably less.

“The difference may be due to associated organic matter or the presence of metals or biofilm, which is a collection of bacteria that grows on microplastic particles in the lake, making the surface easier to stick to,” said Scott. “This would also explain the wide variability that we found in PFAS concentrations on microplastic samples that were identical in substance and treatment. We did not find this degree of variability in the controlled experiments.” 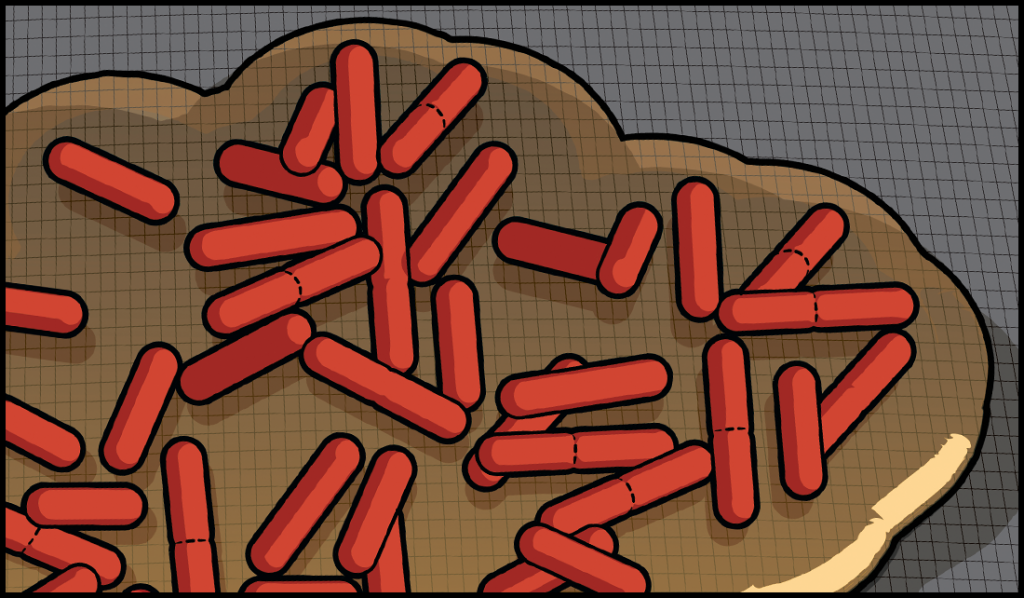 Biofilm is a collection of microorganisms that grow on a variety of surfaces. (Graphic Joel Davenport/Illinois-Indiana Sea Grant)

Scott points out that the concentration of PFAS they found attached to microplastics in the study is quite low—for perspective, a nanogram is a billionth of a gram—but there is more to the story. “We submerged our samples for limited time, but some studies have estimated that half of microplastics in the environment have been there for 10 to 15 years. And many of these plastic particles in the water are smaller than we used in this study, so with similar mass they have more surface area, which could result in more adsorption.”

Another consideration is that PFAS are only one group of chemicals that can attach to microplastics. Scott said, “We don’t know the implications of what could be a cocktail of contaminants—like PCBs or PAHs—adhering to these particles and ingested by fish or other organisms.”

At the same time, many plastics may already contain additives such as heavy metals, flame retardants and plasticizers that can further exacerbate this issue. “These microplastics-associated pollutants can act synergistically when an organism is exposed to them,” said Scott.

Recent IISG-funded research at Loyola University has shown that fish in three Lake Michigan tributaries are ingesting microplastics. Biologists John Kelly and Tim Hoellein found that 85% of the fish tested contain, on average, 13 pieces of microplastic in their digestive tract.

Does this translate to a level of concern for fish regarding PFAS and other chemicals that may be in these waters and may be attached to microplastics? 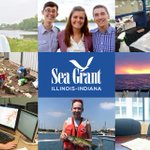