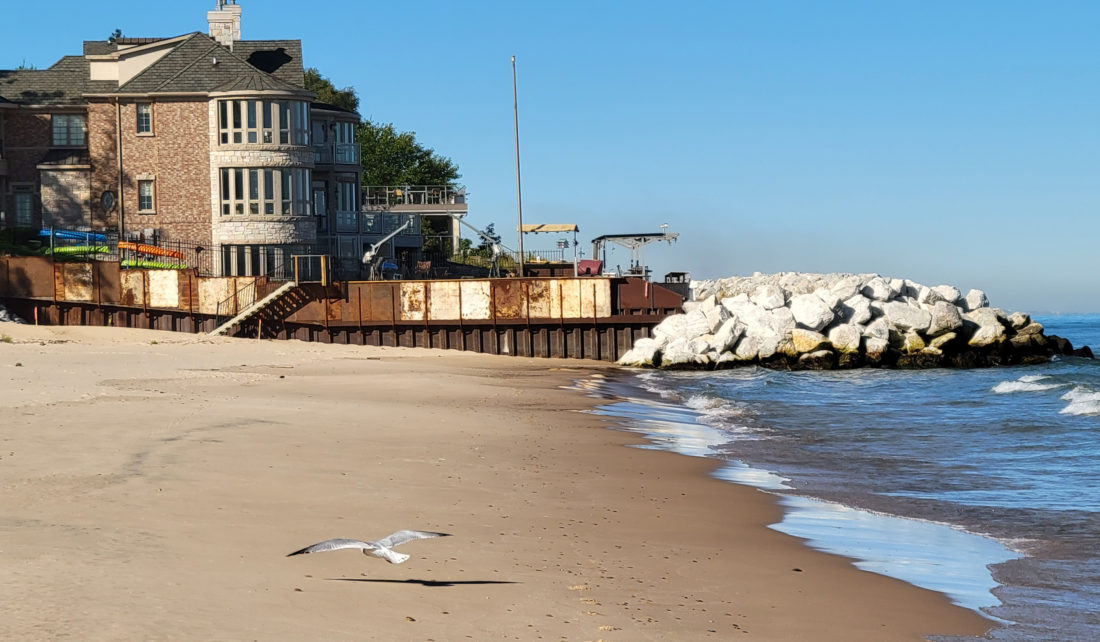 As the world gets measurably hotter every year, many of us are experiencing the effects of climate change. A recent Illinois-Indiana Sea Grant climate planning survey of elected officials, natural resource managers, and other relevant professionals in the greater Chicago area reveals that they agree.

An overwhelming 90% of survey respondents reported that the climate in their location is changing, and more than 70% said that they are either extremely or very sure about that.

This survey, which was sent out in 2020, repeated a survey from 2012, thereby providing insight into evolving attitudes and actions of local officials. Then, 61% of respondents reported that their local climate was changing. Both times the survey was sent to professionals in Cook, Lake, Will, DuPage, Kane, McHenry and Kendall counties in Illinois and Lake, LaPorte and Porter in Indiana. In 2020, each of these counties was represented in the 144 responses.

“In terms of local climate change concerns, flooding, which can also include storm intensity and runoff, was rated the highest,” said Veronica Fall, IISG climate extension specialist.  “And it has increased over time—in 2020, 76% said information related to flooding was extremely important, which is notably higher than 56% in 2012.”

But local decision makers were not just concerned about flooding—the majority ranked 17 of 20 possible factors as extremely important, with land use planning and zoning, water infrastructure, climate adaptation costs, invasive species and economic vulnerability also near the top of the list.

Fall was encouraged to see that nearly all survey participants felt that everyone should be involved in responding to climate change impacts, including government, other agencies, non-profits and more. And they felt that climate change should be considered in all decisions.

“Local officials are starting to understand that it’s going to touch every aspect of society,” said Fall. The survey also provided some insights into local needs in terms of information and resources. For Fall, this is helping her direct her efforts to where they can be the most helpful.

“One point that really jumped out to me was this—survey participants understood that temperature and flooding are going to increase, but Lake Michigan water levels were at a record low in 2012 and record high in 2020 so expectations of climate change impacts on lake level results from the two survey mirrored these occurrences.

“When it comes to Great Lakes water levels, it turns out that variability is the name of the game,” said Fall. “I’m trying to do more to share this information, to convey what it will look like in our region where we can expect higher highs and lower lows over the next few decades.”

She also discovered that many communities still need basic information on climate change and climate impacts. For instance, 41% of respondents reported that they only have some of what they need with regards to information on expected local impacts.

And as more decision makers understand that they need to create an adaptation plan, many are looking for a roadmap of how to do it. “In fact, 57% expressed a need for case studies based on communities that have already implemented their climate change adaptation plans,” said Fall.