Aquatic invaders come in a number of shapes, sizes, and varieties, and aren’t limited to mussels or fish. In addition to our “Be A Hero – Transport Zero” campaign asking boaters and water users to be on the lookout for invasive species, IISG has helped fund “Hydrilla Hunt!,” a program to keep this invasive plant from overtaking Illinois’ waters. 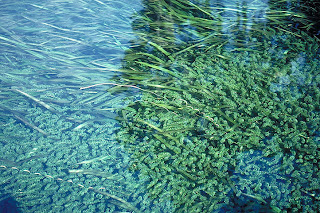 Hydrilla verticillata, commonly known as “hydrilla,” is an aquatic invasive “superweed” – a non-native plant that can grow quickly in waterways and cause serious environmental and economic damages. But before this species takes over, Illinois partners are asking water lovers for their help in preventing hydrilla’s spread.
From the press release:

“Recognized as one of the world’s worst weeds, hydrilla can grow an inch per day and form dense mats of vegetation at the water surface. Within the past few years, hydrilla has been discovered in Wisconsin and Indiana and it is expected to arrive in Illinois very soon. Our desirable native aquatic plants, sport fishing, native wildlife, waterfront property values, and recreational uses might all be seriously impacted.
‘Early detection of hydrilla could save Illinois millions of dollars in control costs,’ noted Cathy McGlynn, coordinator for the Northeast Illinois Invasive Plant Partnership (NIIPP). ‘Experience from other states shows that once a waterway becomes infested with hydrilla, it’s nearly impossible to control. Our hope in Illinois is to identify the plant at a very early stage when populations are still small enough to eradicate and manage,’ added McGlynn.”

Because this species can spread so quickly, the “Hydrilla Hunt!” program is asking boaters, fishermen, swimmers, sailors, and more to help locate it and notify them via e-mail with photos if possible.

Find out more about the program and hydrilla as an invasive species by visiting the “Hydrilla Hunt!” website. 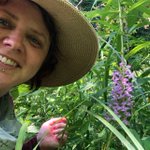