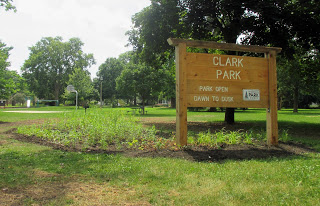 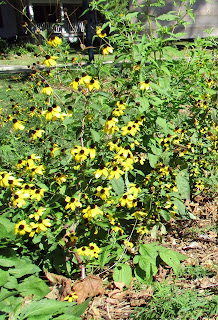 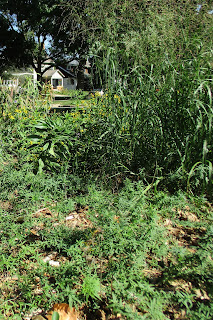 Shortly after it was planted I wondered how the garden was going to be able to grow. The seedling were small and fragile. Even with the rain that fell in July it still needed to be watered about every three days. What about children and pets who might trample them? But Horticulture and Natural Areas Supervisor Randy Hauser was not worried about this. Residents, in general, were careful of the garden. But that didn’t mean it was quarantined. People were welcome to interact with the garden even if the plants were very young.
“Not everyone wants to go in deep with [the plants and] bugs, but I’m not going to chase the ones who do,” Hauser said.
This is the goal of the garden—to be inviting and influential to the community. The garden is just as much a part of the park as the swings or tennis courts. It exists to be enjoyed as well as to work for the community. Weiss hopes residents will use this garden as a resource for plant and design ideas. I know I picked up some ideas. I hope the residents did as well.
—Victoria Figueroa
« Previous Post
Next Post »