Be a Hero – Transport Zero spreads to new areas

In Alaska’s Kachemak Bay Research Reserve, invasive species prevention is taking on a new look. To prevent the spread of the invasive invertebrates while a local harbor undergoes renovations, officials have adopted the Be a Hero – Transport Zero logo and slightly modified the message to encourage those involved in the reconstruction to follow a few easy before moving all docks and other infrastructure. 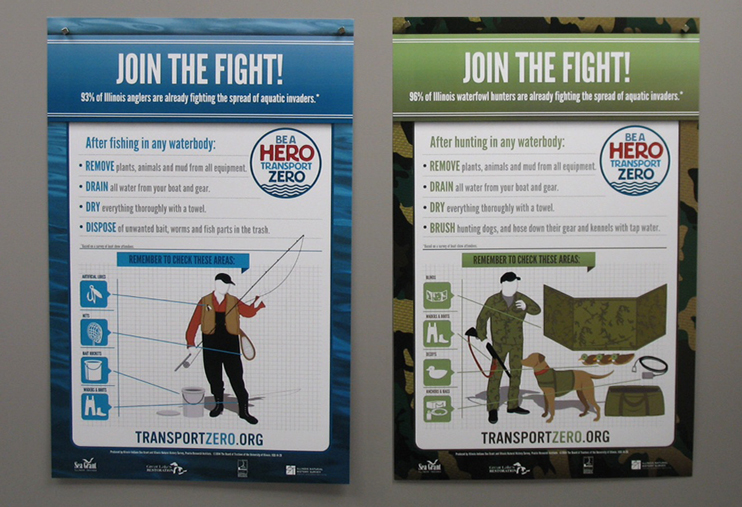 Closer to home, the outreach campaign developed by Illinois-Indiana Sea Grant and the Illinois Department of Natural Resources is also expanding to include hunting, hiking, and other terrestrial pathways. Posters asking customers to “join the fight” can be found in outdoor supply shops in several Illinois cities, including Springfield. The message also made an appearance at this year’s state fair in August.
When it launched last year, Be a Hero – Transport Zero became the primary invasive species prevention message in Illinois. It’s simple call for boaters, anglers, and other recreational water users to “remove, drain, dry” before leaving a waterbody has been featured in magazines, broadcast on radio and television, and wrapped into outreach programs like Clean Boats Crew.