A House panel has suggested some deep cuts to Great Lakes programs including the Great Lakes Restoration Initiative, but a number of congressional members are ready to oppose such cuts and continue the restoration and protection work on each of the Lakes.

“Federal programs designed to make headway on some of the Great Lakes’ most longstanding ecological problems, from harbors caked with toxic sludge to the threat of an Asian carp attack, would lose about 80 percent of their funding under a spending plan approved Tuesday by a Republican-controlled U.S. House panel…
After an initial $475 million in 2009, the restoration initiative has gotten about $300 million a year, although this year’s total has fallen to $285 million because of across-the-board cuts. The subcommittee bill would slash the 2014 allocation to just $60 million.
The Great Lakes region historically has received about one-third of the money in the federal loan fund for sewer repairs. Sewer overflows cause local officials to order beach closings each year because of E. coli bacteria contamination. The bill would reduce the fund from just over $1 billion this year to $250 million in 2014…
The restoration initiative has pumped about $1.3 billion into projects across the eight-state region that have helped scrape away contaminated harbor sediments, restored wildlife habitat and sought to curb runoff that causes harmful algae. It also has supported efforts to ward off an invasion by the dreaded Asian carp, which compete with native species for food.”

Read the complete article at the link above for more information about Great Lakes programs and their funding. 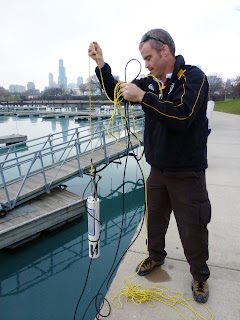 Educators from Illinois, Indiana, and Wisconsin attended IISG’s workshop Nov. 9-10 to increase the presence of Great Lakes science in their classrooms and to improve student awareness of issues related to the Lakes.

Illinois-Indiana Sea Grant partnered with Chicago’s Shedd Aquarium and the National Park Service Great Lakes Research and Education Center and the Dunes Learning Center to host the workshops, which provided opportunities for teachers to engage in science and math data collection and hands-on field work. Educators previewed Sea Grant’s Greatest of the Great Lakes and Fresh and Salt curricula to familiarize themselves with the diverse range of learning formats to enhance their science, math, and engineering units, as well as activities from Great Lakes in My World by the Alliance for the Great Lakes. Also, as part of the new Center for Great Lakes Literacy, workshop attendees learned how to help protect and restore coastal areas in the Lake Michigan watershed through a variety of teaching methods. 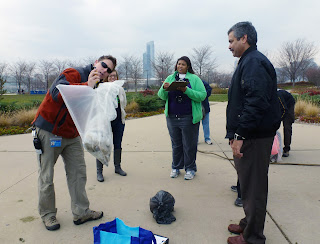 All of the teachers who attended this year’s workshop were excited to learn about programs like the Alliance for the Great Lakes’ Adopt-a-Beach, as well as the many exciting student stewardship activities offered by the Shedd Aquarium, the Dunes Learning Center, and the Indiana Dunes National Lakeshore botanists. They also enjoyed the hands-on activities, including using the Enviroscape model to learn about point source/non-point source pollution, and learning how to use GLNPO’s Hydrolab water quality monitoring instrument.

The feedback and comments from teachers was especially positive. Said one attendee, “You’ve given me great ideas about water quality, drinking water, invasive and noninvasive species, habitat restoration, and stewardship projects I can provide for my kids to become ‘Great Lakes literate.’”
To learn more about IISG’s educational programs and resources, visit our education webpage, and follow us on Facebook and Twitter for more events, workshops, and information. 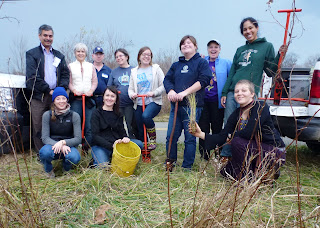 This Center for Great Lakes Literacy project was funded through a grant from the U.S. EPA Great Lakes National Program Office.