Last year, Denise Devotta was selected as a John A. Knauss Fellow, an opportunity for a unique educational experience for students interested in national policy decisions affecting ocean, coastal and Great Lakes resources. Representing Illinois-Indiana Sea Grant, this University of Illinois graduate student was matched with a host in the Washington, D.C. area for a one-year paid fellowship. Here she reflects on her experiences.

The past year has been an adventure of a lifetime. My placement as a Knauss fellow in Congressman Jared Huffman’s office gave me firsthand experience of the ways in which the U.S. Congress creates and determines science policy. During my time there, I introduced seven pieces of legislation on Congressman Huffman’s behalf, drafted statements and questions for him for 46 Congressional hearings and five times when he spoke on the Floor of the U.S. House of Representatives (more commonly known as ‘the Floor’). I created vote recommendations for him, covering 47 pieces of environmental legislation. I met over 70 individual constituents, delegates from federal and state agencies, and representatives from non-profit organizations (including NOAA, the California Department of Forestry and Fire Protection, and the World Wildlife Fund) to discuss legislation pertaining to natural resource management in different parts of the country. Denise Devotta (second from right) with the other 2017 Knauss fellows placed in Congressional offices, on the grounds of the U.S. Capitol in Washington, D.C. Denise Devotta (right) staffing Congressman Huffman on the Floor of the U.S. House of Representatives as he debated legislation concerning pesticide regulation in waterways.

Another highlight during my Knauss Fellowship year was visiting my boss’s beautiful district in Northern California in August 2017. I spent about two weeks travelling from San Francisco in the south to Eureka in the north, and I met with my boss’s constituents along the way to learn more about important natural resource management issues they were facing. Some of these issues included water management in the vineyards of Sonoma County, ocean acidification impacting oyster growing operations at Hog Island Oyster Company and forest fire issues in the Trinity Alps. In addition to this trip, the Knauss Fellowship funded my engagement in other professional development activities, including completing my PhD dissertation at the University of Illinois at Urbana-Champaign in Urbana, Illinois, attending the Ecological Society of America’s Annual Meeting in Portland, Oregon, and presenting at the University of Maryland Center for Environmental Science in Frostburg, Maryland.

My Fellowship has ended, but I am excited about starting work as a scientist for NOAA’s Coral Reef Watch Program in March 2018. Being a Knauss fellow in Congress has provided me with an invaluable network of contacts in science policy and research, and it has given me a rare skillset valuable to both fields. I am extremely grateful to NOAA’s Sea Grant program for giving me this opportunity, and strongly encourage eligible graduate and professional students to apply for the 2019 Fellowship class. 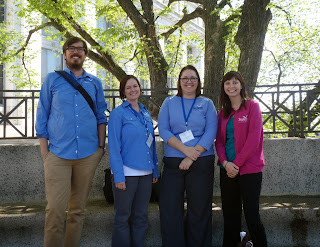 Staff members from 20 different Sea Grant programs across the U.S. attended two Sea Grant Academy sessions this year (one week in April, and one in October). The academy was developed to give Sea Grant employees valuable training and professional development information in a variety of fields, benefiting their work and the work of all Sea Grant programs at large.

Five staff members from Illinois-Indiana Sea Grant were able to attend, and participated in sessions ranging from the history of Sea Grant to project design and evaluation, social science training, time management, communicating the importance of ocean science to various audiences, and much more. 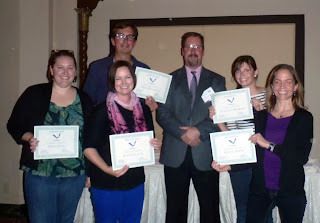 IISG’s Danielle Hilbrich, Greg Hitzroth, Kristin TePas, Kara Salazar, and Sarah Zack were among the more than 40 Sea Grant professionals who completed both weeks of training and graduated from Sea Grant Academy with new information and skills to bring to their work protecting the Great Lakes.

“Sea Grant Academy was a really unique opportunity to meet people from around the country that are working on the same issues we are,” said Sarah. “I thought that it was a great way to foster both partnerships between programs and friendships between specialists. I really enjoyed meeting all the attendees and hearing all about the great work they’re doing.” 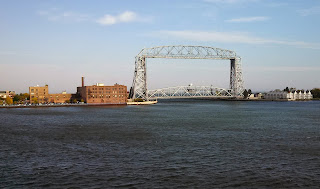 And Kristin TePas wrote, “It was a great opportunity to connect with other Sea Grant specialists from around the country. Also, hosting the meeting in Duluth provided a great opportunity to showcase our freshwater coast and the issues surrounding the Great Lakes.”
To learn more about the National Sea Grant program and the work being done to protect America’s coastal resources, visit the NOAA Sea Grant webpage.