Today we take a break from discussing the latest Great Lakes research to recognize one of the scientists who laid the foundation for modern water science. 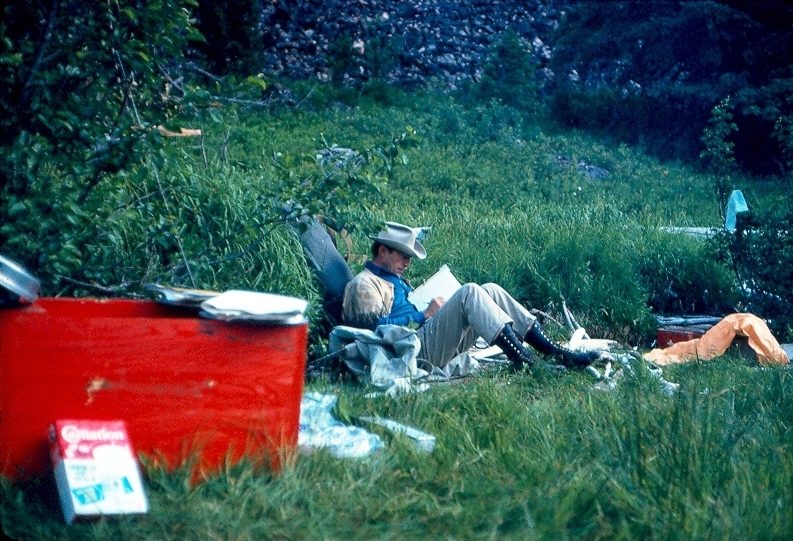 Luna B. Leopold, son of famed conservationist Aldo Leopold, arrived at the USGS in 1950. For the next two decades, Leopold revolutionized hydrologic sciences within and outside the USGS. He is best known for his work in the field of geomorphology, the study of land features and the processes that create and change them. His work is often cited today by leading scientists in water research, both at the USGS and around the world.

Leopold had a lasting impact on the field of water science. He knew the broader importance of our water resources and that humans can have great impact on whether water is available, now and in the future. Our society depends on safe and reliable water supplies, as do the Earth’s diverse and valuable ecosystems. Today, our nation is faced with the challenge of balancing a finite freshwater supply between competing needs, such as agriculture, drinking water, energy production, and ecosystems.

Leopold recognized the fundamental value of science in making smart decisions about water resources and laid the groundwork for modern water science. During his tenure he transformed USGS water research into a professionally-recognized provider of water quality and availability information.

For six years, he served as a hydraulic engineer before becoming the first Chief Hydrologist in the history of the USGS, a position he held until 1966 when he stepped down to pursue his research. While at the USGS, he led the effort to restructure the water science programs to focus on viewing water as a single resource. For example, USGS continues to research the interactions between surface water and groundwater, because use of either of these resources affects the quantity and quality of the other.

***Leopold writes down his reflections during a 1966 research expedition in Idaho. Photo courtesy of USGS.