Anglers and researchers can reel in Lake Michigan fishing data 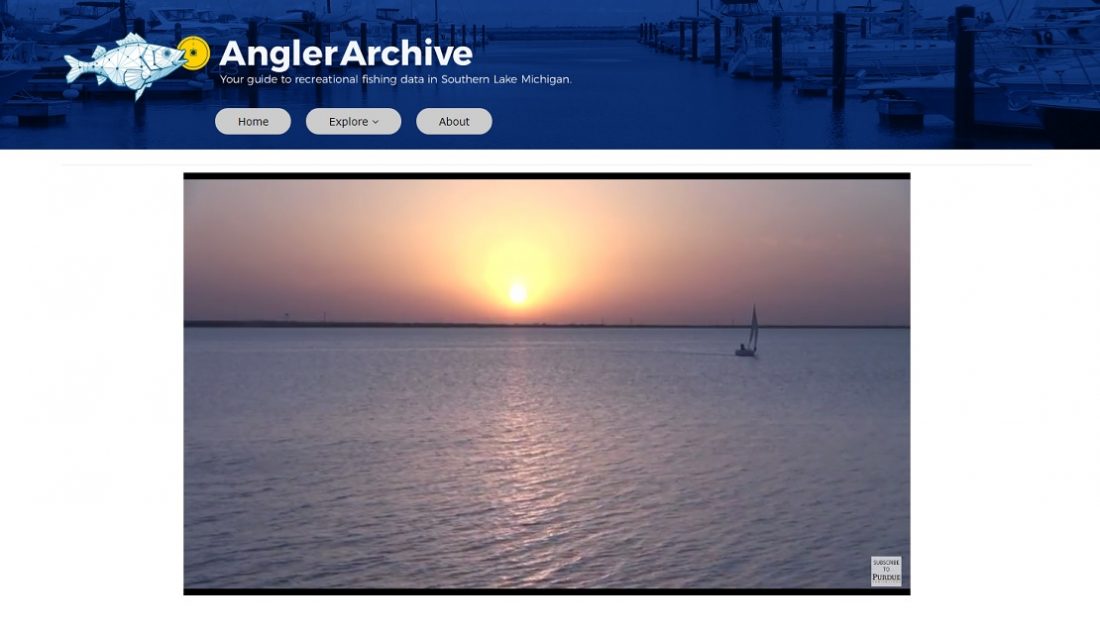 A goldmine of recreational fishing data is now available in one place thanks to researchers and state government officials in Illinois and Indiana.

The website, Angler Archive, www.anglerarchive.org, is the brainchild of Mitchell Zischke, IISG research and extension fishery specialist at who saw the need for having the information more easily accessible when he was doing his own research.

The site currently contains over 50,000 records gathered between 1986 to 2013 by the Illinois Natural History Survey (INHS) and the Indiana Department of Natural Resources (Indiana DNR) in southern Lake Michigan during their seasonal “creel surveys.” Indiana not only surveys the lake but also nearby streams. Zischke will be updating the website as more data becomes available.

Creel surveys are conducted by state officials who interview the anglers while they’re fishing or at the end of their trip. The questions focus on how many fish and what species they caught; how much time they spent fishing; and where they caught the fish.

The website mirrors the creel surveys, but allows users to customize how and what data they want to see. They can use the drop-down menus to display and compare data by angler type, month, and species as well as generate and export the informaiton as a graph.

“In fact, I’m working on a project right now, analyzing data from the 80s and the 90s,” Zischke said. ”I’m finding there seems to be a relationship between the decline in yellow perch and the decline in the number of people fishing and the amount of time they spent fishing. Really, it’s just the beginning of diving into all this data.”

Researchers in both states who head up the creel surveys are looking forward to being able to share the data easily.

“I think it’s great. The more of our info that we collect that the public can see, the better,” said Ben Dickinson, Indiana DNR assistant Lake Michigan fisheries biologist.

“We try to go around to different fishing clubs and stakeholders and present this info, and so it’s nice to have a tool to point people to.”

“We have a short write-up on our website, describing how fisheries managers use the data, but I always thought it would be nice to have somewhere to direct people to look at what came out of the surveys, what data were actually collected, and what the data showed,” Roswell said. “This is something I always thought would be useful.”

This information spanning over 31 years will no doubt be useful and more easily accessible to researchers, fisheries managers, and curious anglers. For Zischke the data is already yielding some insights.

“It’s good to be able to look at these data now in a time series, as opposed to having to read a report every year. It highlights some interesting trends in fishing effort and in catch of some species, Zischke said.

“Now we’re in the process of exploring what may have caused some of these trends these through time.”

Our #SeaGrantFunded researchers have had to adapt over the past year and a half, finding creative ways to complete projects while adhering to new safety and social distancing guidelines. Check out these examples of how they've pivoted! @SeaGrant https://iiseagrant.org/research-in-the-time-of-covid-how-scientists-adapted-to-a-worldwide-pandemic/