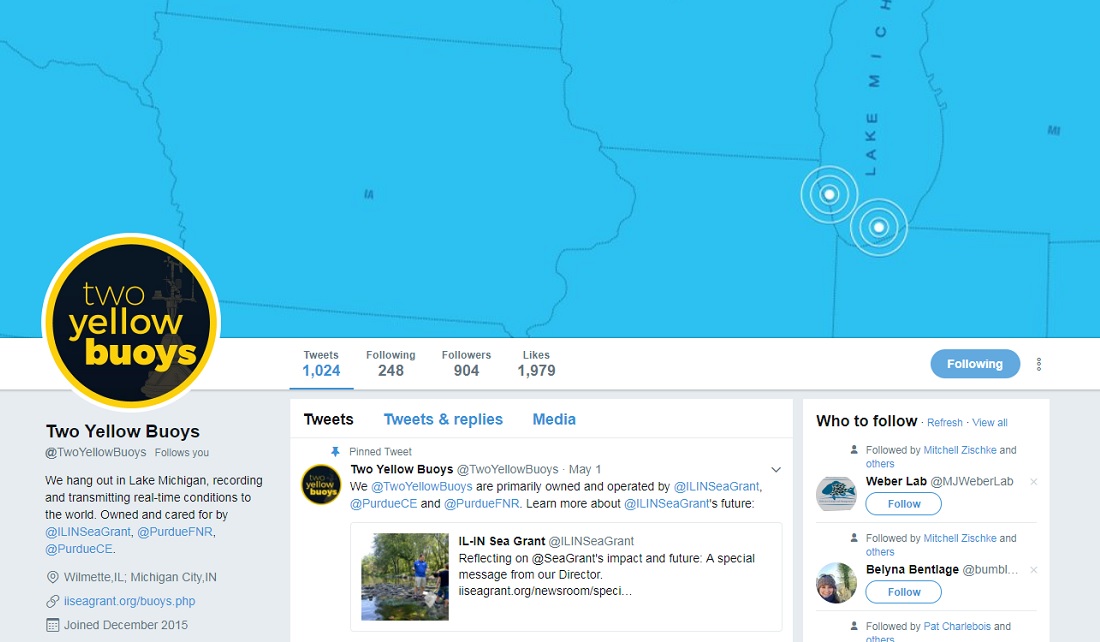 Part of this popularity may be because the buoys are festive. In addition to decking themselves out for holidays.

Who needs eggs when you can play Find-The-Buoys-Going-To-The-Lake? Buoys all over the interstates these days. But not us. Yet. pic.twitter.com/qdvD88XSFF

Or maybe it’s because the buoys are clearly in love with science so they share interesting data patterns.

Here they introduce themselves to Bill Nye, the Science Guy.

*The buoys would like to thank IISG Assistant Research Coordinator Carolyn Foley for managing their Twitter account. They also blame Carolyn for any mistakes made, because they’re buoys. It’s difficult to Tweet when you don’t have arms.

If you love the buoys, let them know!