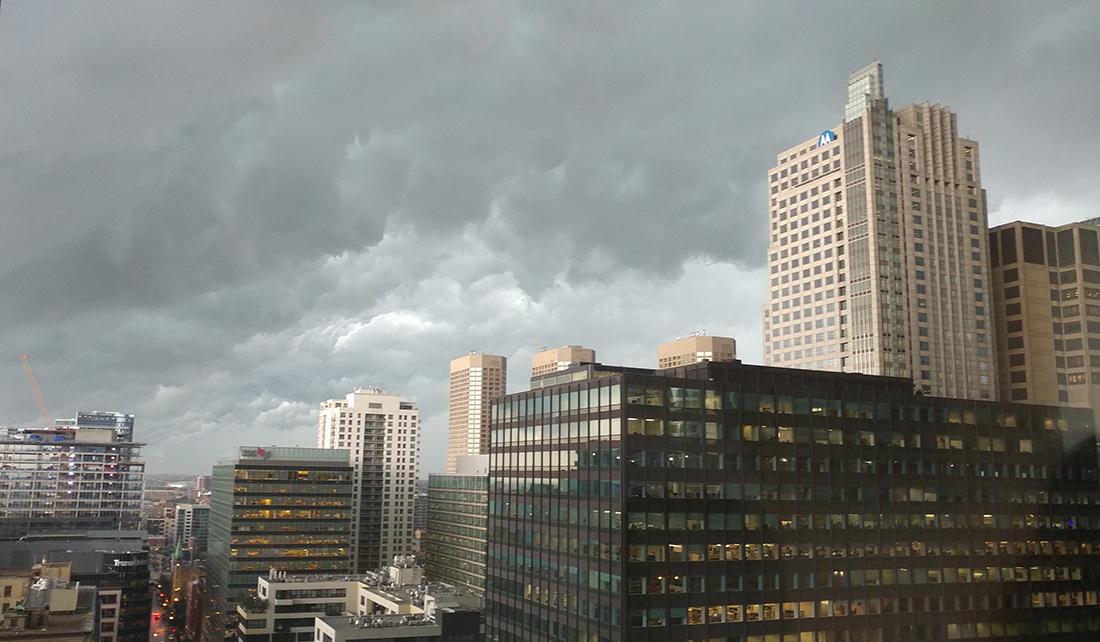 When rain is in the forecast, many factors contribute to whether flash flooding happens. (Illinois-Indiana Sea Grant Photo/Irene Miles)

Flash flooding can happen quickly, potentially disrupting emergency access, transportation and other everyday activities—not to mention, posing a threat to life and property. But, if weather predictions can pinpoint locations at higher risk, emergency managers and residents alike may be more prepared to heed flash flood warnings.

Roebber, an atmospheric scientist at the University of Wisconsin Milwaukee, focused his efforts on improving meteorological forecasting. “We’re using modern machine-learning approaches to figure out how we can identify and then put together the best factors that allow for better prediction,” he said.

He explained some of the factors and challenges. “For example, you might have a series of thunderstorms that are moving over the same area—that’s called training convection—and it’s a pretty common way for flood events to happen. Particular meteorological conditions encourage those kinds of events to occur, but it’s very difficult to pinpoint exactly where that is and the precise timing.”

At the Midwestern Regional Climate Center (MRCC) at the University of Illinois, Hall and her team tackled this project on two fronts. First, they developed a map that considered relatively unchanging factors such as land cover, slope, population or type of vegetation, highlighting areas that historically produced flash flood reports due to extreme precipitation.

“We found the strongest correlation when we divided land surfaces into whether they absorb water or they don’t—in other words, impenetrable surfaces,” said Hall, who is now at Purdue University.

Hall’s team relied on flash flooding data in NWS Local Storm Reports for this study. These are official reports, covering a 4-kilometer or 2.5-mile square area, sent to local offices or the NWS Storm Prediction Center. “We chose not to include basement flooding or insurance reports because we didn’t want socio-economics to be a factor,” said Hall. “We wanted as much as possible for it to be an independent and unbiased historical dataset.” 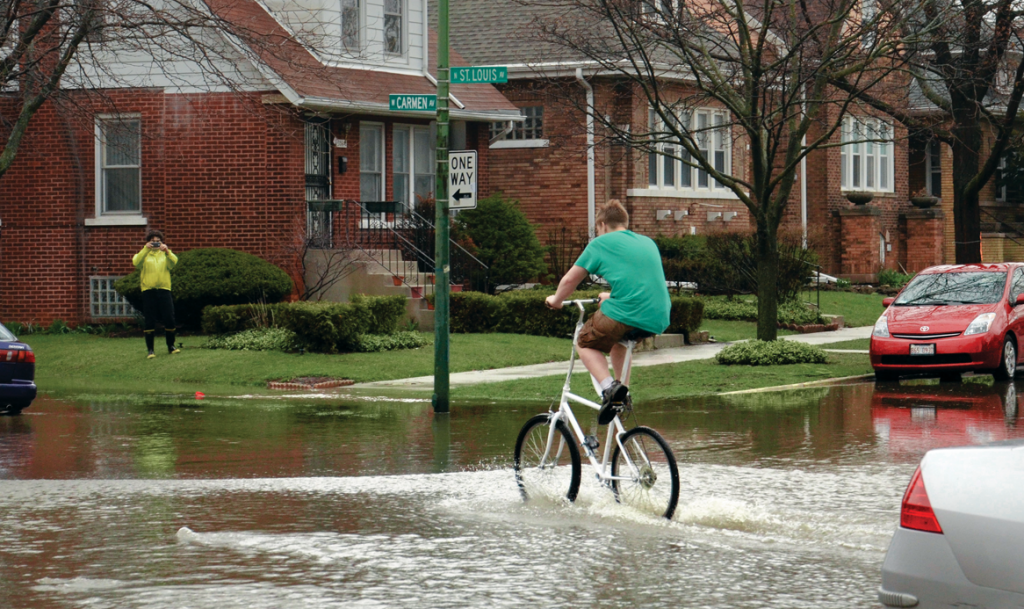 Acknowledging the downside of this measure—that not all flash flooding is reported to NWS, Hall explained, “We understand that what we are assessing, in fact, is the risk of a flash flood report.”

Using reported flash flood events between April and October from 2002-17, Hall’s team created an artificial intelligence model that incorporates previous rainfall into the risk assessment. They created algorithms on historical precipitation data as well as the timing and location of a flash flooding report.

Specifically, the model considers how much rain fell in the six days prior to when a flash flood was reported compared to six days of precipitation that did not lead to a flash flood report. The researchers were looking at the effect of ground that may be saturated from previous rainfall.

“Our typical methods for predicting flash floods either use models of water moving over the land surface or comparisons of rainfall rate to a predetermined threshold. This method, instead, looks at the problem in reverse—known reports of flash flooding are evaluated to find the soil conditions and rainfall rates that made the flooding more likely.”

The Chicago NWS office is adding Hall’s model to its spring hydrology training program so it can be evaluated later this year during actual heavy rainfall events. “Having multiple methods of monitoring potential flash flooding can increase forecasters’ confidence in determining whether a warning is needed,” said Lincoln.

Roebber summed up the larger goal of this Sea Grant project. “For the general public, it’s just better information. When you hear a weather warning, you’re going to pay more attention if it tends to verify. There will be fewer false alarms and better information to act on.”

For more information on this project and to see flash flood report maps for the region, visit the MRCC website.