IISG in the News: Conservation by Design

A big house on a few acres in the country sounds like the American dream—and it has been in recent decades, as urban sprawl became the norm. However, a new landscape is emerging as unintended environmental consequences of that dream become apparent.

More than 55,000 acres of agricultural land in Indiana are converted to development each year. As the land changes in use, new problems can crop up—erosion, flooding, storm run-off and contamination.

Bob McCormick, director of Purdue Extension’s Planning with POWER project, doesn’t hesitate when asked what he considers the biggest problem in land use today. “Lack of open space—that’s the No.-1 concern,” he says. “That means buffer areas along rivers and more green space in urban areas.” Read more 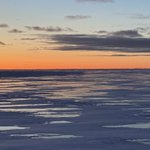