Illinois releases strategy to reduce nutrient pollution in the Gulf 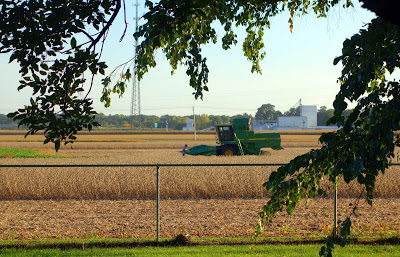 Illinois may be hundreds of miles from the Gulf of Mexico, but it’s a key contributor to the “dead zone,” a section of water the size of Connecticut devoid of oxygen that forms every summer. The culprit is millions of pounds of nutrients from farm fields, city streets and wastewater treatment plants entering the Gulf each year through the Mississippi River system.

Now, the state has just released a plan—the Illinois Nutrient Loss Reduction Strategy—to keep those nutrients out of the water. 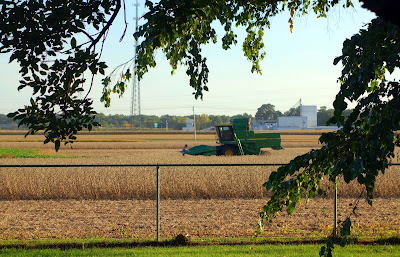 The collaborative effort began almost two years ago in response to the federal 2008 Gulf of Mexico Action Plan, which calls for all 12 states in the Mississippi River Basin to develop plans to reduce nutrient losses to the Gulf. The process was spearheaded by the Illinois EPA and the Department of Agriculture and facilitated by Illinois Water Resources Center (IWRC) and Illinoi-Indiana Sea Grant (IISG).

“It’s the most comprehensive and integrated approach to nutrient loss reduction in the state’s history,” says Brian Miller, director of IISG and IWRC. “But what really sets the plan apart is how it was developed. Government agencies, agricultural producers and commodity groups, non-profit organizations, scientists, and wastewater treatment professionals were all at the table working together to create this strategy.”

The approach outlines a set of voluntary and mandatory practices for both urban and agricultural sources for reducing the primary drivers of the algal blooms that lower oxygen levels—phosphorus and nitrogen. By targeting the most critical areas and building on existing state and industry programs, these practices are expected to ultimately reduce the amount of nutrients reaching Illinois waterways by 45 percent.

Led by researchers at the University of Illinois, the study uncovered numerous cost-effective practices for reducing nutrient losses. At the heart of the strategy is a scientific assessment that used state and federal data to calculate Illinois’ current nutrient losses and determine where they’re coming from.

The plan for wastewater treatment plants is relatively straightforward. The state had already begun to cap the amount of phosphorus they are allowed to release, restrictions that will likely be expanded under the new plan. The strategy also calls for sewage plants to investigate new treatment technologies that could lower phosphorus levels enough to prevent algal blooms in nearby waterways.

For farmers and others working in agriculture, the options are a little broader. Most of the recommended practices, such as installing buffer strips along stream banks to filter runoff, planting cover crops to absorb nutrients and adjusting nitrogen-fertilizing practices have been used successfully in Illinois for years.

“There is no silver bullet for reducing nutrients,” said Mark David, a University of Illinois biogeochemist and one of the researchers behind the scientific assessment. “It is going to take at least one new management practice on every acre of agricultural land to meet the state’s reduction goals.”