In the news: Still no Asian carp in Great Lakes

Earlier this month, officials in Michigan announced that genetic material from silver carp, a species of Asian carp, had been discovered in the Kalamazoo River around 20 miles upstream from where the river flows into Lake Michigan. It was the first time a positive sample of eDNA had been found that close to the lake. 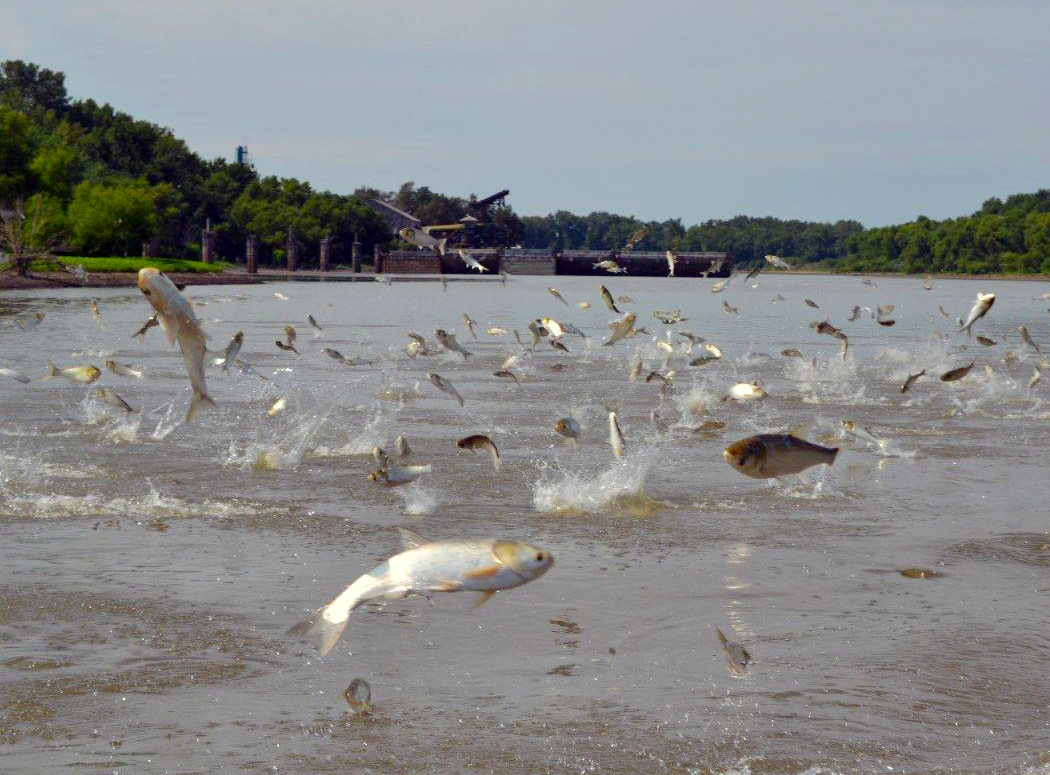 The results drew national attention and had many concerned that it wouldn’t be long until the infamous invader entered the Great Lakes. Further testing, though, reveals that there is no evidence of Asian carp in the river, Lake Michigan, or any of the other Great Lakes.
From United Press International:

“We are pleased these samples were negative, but that doesn’t mean our efforts to keep Michigan’s waters are over,” DNR Fisheries Division Chief Jim Dexter said in a statement.

Asian carp were imported in the South several decades ago, where they served a utilitarian role on fish farms. But with no natural predator, the prodigious eaters and reproducers quickly escaped and began steadily invading the Mississippi River system.

Having arrived on the doorsteps of the Great Lakes, officials in Michigan, Ohio, Wisconsin, Pennsylvania, New York and others are working diligently to organize a strategy for keeping the invasive swimmers out.

Environmentalists, ecologists and others say the carp could decimate food chains and habitats in the Great Lakes, diminishing biodiversity there and threatening a multibillion-dollar fishing industry.

The threat comes from the invaders ravenous diet and ability to out-compete native fish for food. In the Illinois River, they have already fundamentally changed the food web.

Asian carp do more than compete for food. They actually force native fish to change their diets, feeding on species lower on the food chain than they natural would. In a healthy food web, filter-feeders, like gizzard shad and paddlefish, eat a variety of plankton species, ensuring that there is enough food to go around. But Asian car have all but wiped out the larger zooplankton in the Illinois River, pushing fish that have historically relied on that food source to turn to smaller zooplankton and phytoplankton for a meal. As the number of Asian carp in an area grows, more and more native fish are left competing for a smaller supply of plankton.

To learn more about Asian carp and efforts to prevent their spread, visit our Aquatic Invasive Species page.

Did you participate in the Great Lakes bio blitz? 📱🐟🐸🌱