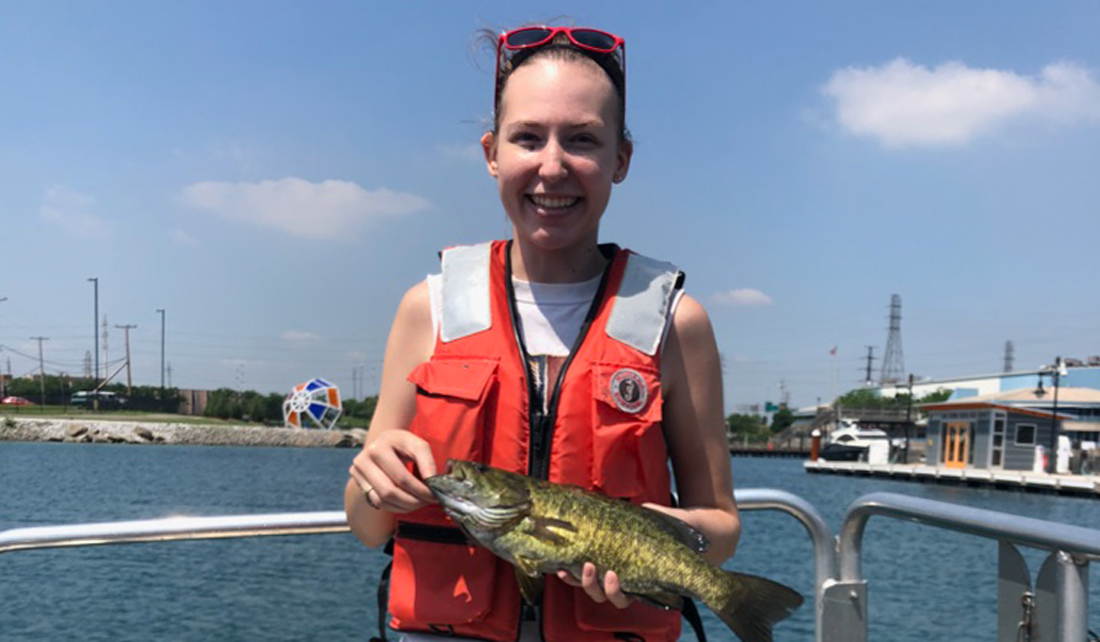 Crystal Hall holds a fish off the coast of Lake Michigan near Jeorse Park on June 28, 2018. Hall and the USGS team used the electrofishing method to survey fish populations in Lake Michigan. (Photo USGS / Samantha Jurecki)