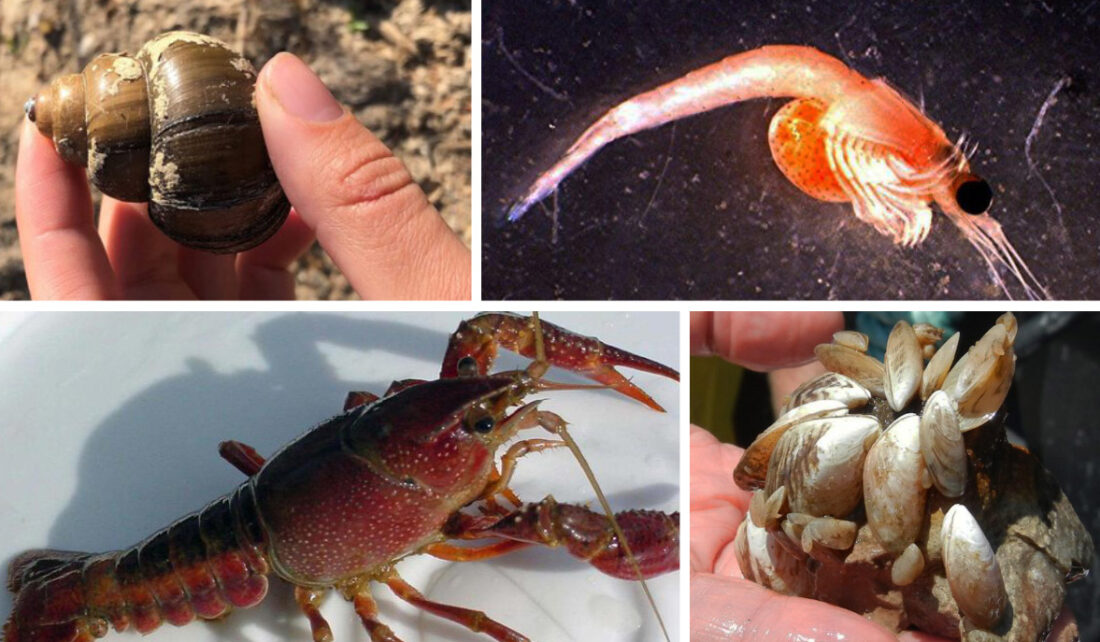 The largest electric barrier system in the world is in the Chicago River waterways—it’s there to prevent the spread of invasive carp from the Illinois River into the Great Lakes. But many other invaders, such as invertebrates, may not be impacted by barrier technology as they move between these watersheds, according to a recent Illinois-Indiana Sea Grant study.

“Silver and bighead carp pose a huge risk to the Great Lakes, but many other species, most of which are invertebrates, can be serious invaders and we also need to prevent them from spreading either to the Mississippi River Watershed from the Great Lakes or the opposite,” said Reuben Keller, a Loyola University Chicago biologist who led this research project.

Aquatic invertebrates, organisms without a spine, include mussels, crayfish, snails, zooplankton and more. When some nonnative species have been introduced to new waters, they have taken a serious toll on the food web—quagga mussels in the Great Lakes provide the most dramatic example.

Keller’s team tested two barrier technologies on a sample of invertebrate species in a lab setting—one that uses electricity as does the barrier in the Chicago Sanitary and Ship Canal near Joliet, Illinois, and the other based on emitting carbon dioxide, an idea that is being researched and discussed as a potential backup technology to help stop the invasive carp.

Loyola physicist Robert Polak and his team of students provided their expertise to the design and set up of a fish tank that could recreate the same electrical charge as the real world barrier. “With help from the physics students, we were able to precisely know the electric field in the water,” explained Keller, “and to test the impact of different charges on organisms.”

Focusing on two invertebrates—the red swamp crayfish, Procambarus clarkii, and the much smaller amphipod Hyalella azteca—the researchers found that even at electrical charges 400% higher than the barrier, no organisms died. The impact was limited to stunning and temporarily upsetting the equilibrium of organisms.

Carbon dioxide barriers work by bubbling this gas into the water as a deterrence. “Using carbon dioxide levels that elicit avoidance responses in Asian carp, we tested nine invertebrate species, covering a range of sizes and types,” said Colette Copic, who worked on this project as part of their Master’s thesis.

That concentration was fatal to only one species—the bloody red shrimp—originally from Eastern European waters, it is now established in the Great Lakes.

The researchers also tested the species’ tolerances for a range of high carbon dioxide levels and the higher the rate the more the impact. At a concentration almost twice the level allowed by the Environmental Protection Agency, mortality was low, but the gas did cause many of the organisms to seem to fall asleep. “They almost essentially became frozen and then woke up once conditions got better,” said Copic.

Keller and Copic see the low fatality rate for invertebrates in the barrier experiments as both good and bad news. The positive story is that a carbon dioxide barrier added to the Chicago waterway to stop invasive carp will have very few unintended effects on non-targeted species, such as native invertebrates. But this also means that this barrier is not an obvious option if resource managers are looking to use a lethal approach to prevent the spread of invasive invertebrate species.

The researchers also created a tank where the invertebrates could choose to avoid carbon dioxide laden waters. As it turned out, many of them did, especially the adult red swamp crayfish. “These are definitely encouraging results, but I think that we need to know more and also be thinking about how these species are actually spreading,” said Copic. 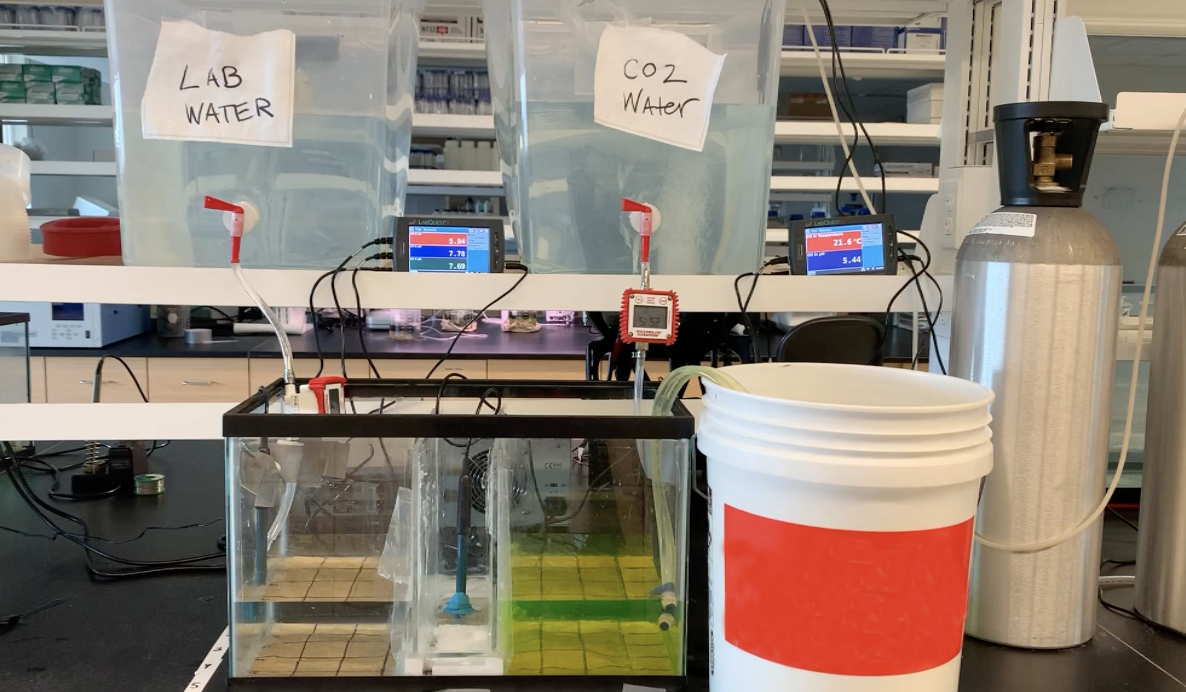 The researchers created a tank in the laboratory in which invertebrates could choose to avoid water high in carbon dioxide and most did.

In general, the researchers see both the electric and carbon dioxide barrier technologies set to levels that deter invasive carp as doing little to prevent the spread of invertebrates between the Great Lakes and Mississippi River basin. Even at higher rates, they expect a similar lack of impact.

“Invertebrates typically drift rather than swim downstream and often move upstream attached to boats and barges,” said Keller. “They may be uncomfortable or incapacitated going through barriers but would likely recover on the other side.”

Keller is now engaged in new research to answer more questions related to barriers and invasive species, inspired by this project. Working with Polak’s team in the physics department, they hope to get an understanding of what happens to the electrical field when barges pass through the barrier.

“We don’t know whether the field is magnified or concentrated or whether it’s dissipated,” said Keller. “We’re hoping to get insight into whether the electrical field needs to be adjusted higher or lower as barges pass through to be a more effective deterrence.”

Illinois-Indiana Sea Grant is a partnership between NOAA, University of Illinois Extension, and Purdue University Forestry and Natural Resources, bringing science together with communities for solutions that work. Sea Grant is a network of 34 science, education and outreach programs located in every coastal and Great Lakes state, Lake Champlain, Puerto Rico and Guam.