In Peru, Illinois, a prescription drug drop-box is now available to the public in the lobby of the police station. There, people can drop off unused and unwanted prescription medication. The box is part of the La Salle County’s Prescription Drug Disposal Program, also known as P2D2.

Drop off boxes are also on-site at state police headquarters in La Salle and at the Ottawa police station. In the last three months, 93 pounds of medicine were brought to the Ottawa police station. Since it was installed in May 2009, 262 pounds of medicine have been collected. So far, the total weight of drugs collected throughout the county is 475 pounds, according to Jennifer Sines, Illinois Valley Community Hospital pharmacist and organizer of the program.

Sines added that in addition to medicines, prescription vials can be dropped off as well. They are sent to a free AIDS clinic in Africa

The goal of P2D2 is to prevent old or unused drugs from ending up in the wrong hands, in the waste stream or in local wasterways. Prescription drugs can also be a target of thieves or other family members. The program began in Pontiac and has now spread to several counties in Illinois. Illinois-Indiana Sea Grant provided the funding for the Peru drop-off box. 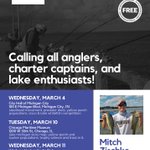