Purdue researchers get to the bottom of another quagga mussel impact 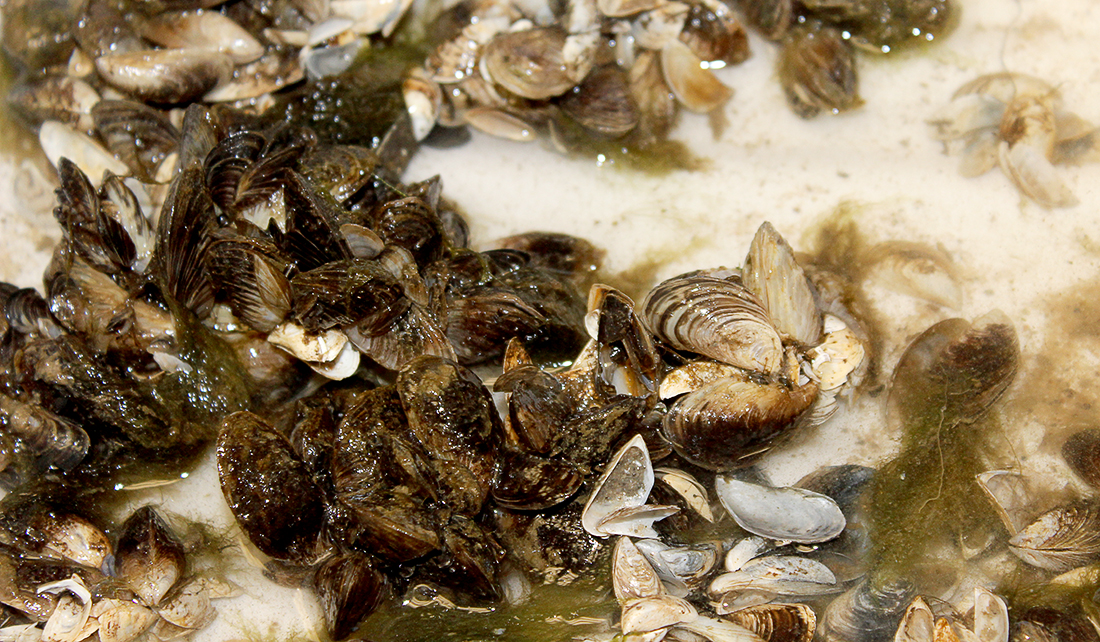 Descend 55 meters to the floor of Lake Michigan and you’ll find the bottom carpeted with tens of thousands of one of the most prolific invasive species in the Great Lakes: the quagga mussel.

Researchers have long known that these voracious filter feeders impact water quality in the lake, but their influence on water movement had remained largely a mystery.

From 2012 to 2013, Purdue University PhD candidate David Cannon, working under hydrodynamicist Cary Troy, used water velocity sensors to measure dynamics in the deep waters of Lake Michigan near Milwaukee, Wisconsin and determine the filtration effects of the invasive mussels. The project was supported by a grant from the Illinois-Indiana and Wisconsin Sea Grant programs.

Quagga mussels, which arrived in Lake Michigan in the 1990s via ballast water discharged from ships, have colonized vast expanses of the Lake Michigan bottom, reaching densities as high as roughly 35,000 quagga mussels per square meter. The invasive species that can have major economic impacts filters up to 4 liters of water per day, and so far seems unaffected by any means of population control. It is also a constant threat to other systems, as it is readily transported between water bodies.

“Quagga mussels filter by ‘sucking in’ the water around them and then ‘spitting out’ what (nutrients and particles) they don’t want,” said Cannon. “While they’re doing this, they’re able to directly move a very small amount of water around them—only about 10 cm above the lake bed.” Although this filtering has a dramatic effect on water quality, the measurements taken near Milwaukee suggest that quaggas do not strongly influence movement throughout the entire water column.

But the movement they cause in the thin layer immediately above the lake bed—a phenomenon consistent throughout the year thanks to stable temperatures at the bottom of Lake Michigan—is an element missing from most mussel filtration models.

Cannon and Troy hope that will now change. Their results could lead to the development of better models to study the effects of these organisms on lakes and reservoirs around the world.

“Although Lake Michigan is already infested with these mussels, an accurate filtration model would be imperative for determining the fate of substances like nutrients and plankton in the water,” Cannon said. “In other quagga mussel-threatened systems, like Lake Mead, this could be used to determine the potential impact of mussels on the lake, which could in turn be used to develop policy and push for funding to keep mussels out of the lakes.”

“It’s generally accepted that the ecosystems of smaller, shallower lakes—Lake Erie, for example—are at the greatest risk of quagga mussel invasion,” he added. “Our results could help show other researchers that the effects of mussels on large, deep lakes cannot be ignored and, more importantly, how they can be accounted for.”