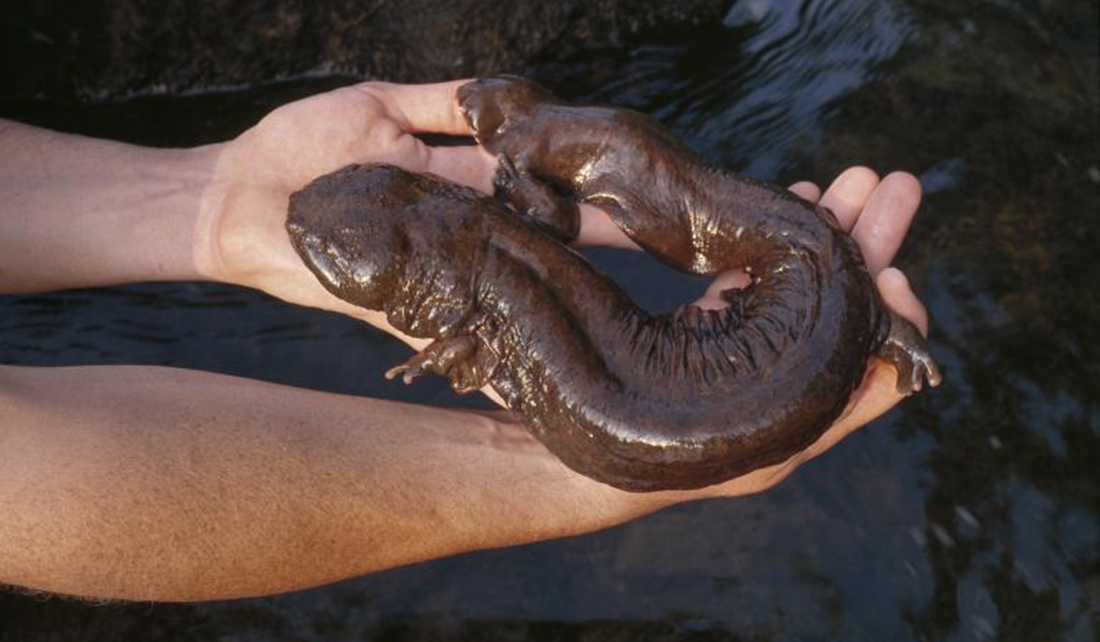 Lurking in the rivers and streams of the eastern United States is an animal that is equal parts off-putting and adorable—the hellbender. The largest salamander in North America, (third largest in the world behind the Chinese giant salamander and Japanese giant salamander) this oozy oddity has an average length of two feet from snout to tail.

It occupies a range stemming from New York near Lake Ontario to northern Georgia, even reaching as far west as southern Illinois. The species and its ancestors have occupied this ecological niche since the late cretaceous period, around 65 million years ago—about the same time lake sturgeon have been around in the Great Lakes.

Also like the lake sturgeon (as well as opossum shrimp) hellbenders are sensitive to their surroundings. Temperature, dissolved oxygen, the swiftness of the water itself, and the presence of large rocks all contribute to whether or not hellbenders occupy an area. They’re most active during the night, (like another “ugly” aquatic creature, the burbot ), feeding once the water has cooled, about two hours after dark. They eat crayfish, other small fish, dead fish, even other hellbenders and their eggs. This cannibalism contributes to controlling the population density in an area.

Usually solitary animals, hellbenders will congregate from late August to mid-September for mating season. The males lure the females into their burrows and prevent them from leaving until they have deposited their eggs while the males simultaneously fertilize the eggs.

After the eggs are laid, the male hellbenders force the females out of the burrow and take over. The males rock back and forth to circulate the water and increase the oxygen available to the eggs and protect them from predators—which can include other hellbenders.

Newborn hellbenders have true gills, but as they grow older, respiration is achieved mainly by breathing through capillaries found along skin folds that run along their back and belly.

Little is known about the average lifespan of hellbenders. Some in captivity have lived to be as old as 29, but there is speculation that those in the wild can live for 50 years or longer.

Hellbenders have been in decline for a while and are considered Near Threatened by the International Union for the Conservation of Nature, with many populations already considered endangered or extinct. Habitat destruction and disease are thought to be the major contributors to their falling numbers. Now many states, agencies, and institutions have developed conservation programs to help bring awareness to the plight of the hellbender. 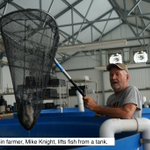