Website of the week: The ABCs of fish farming

A closer look at web tools and sites that boost research and empower Great Lakes communities to secure a healthy environment and economy. 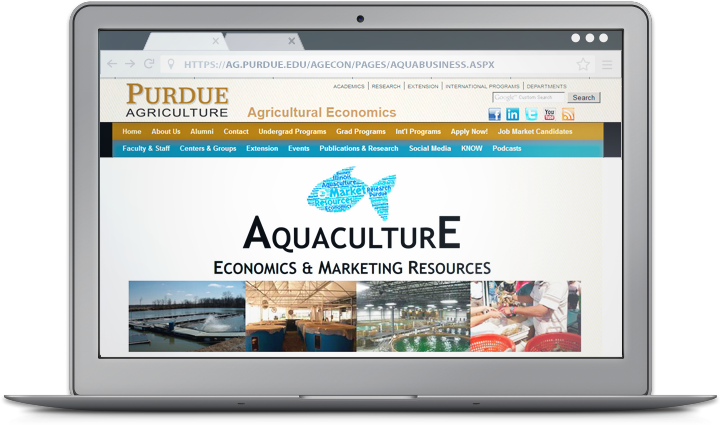 Aquaculture plays an increasingly vital role in securing long-term food supplies, and the Midwest is poised to help. In fact, a rich supply of raw materials and proximity to large markets makes Illinois and Indiana prime locations for aquaculture farms and related industries.

To help producers cash in on these benefits, IISG, University of Illinois Extension, and Purdue Extension teamed up to create Aquaculture Economics and Marketing Resources. The site provides leading research and how-to information for developing a productive, innovative, and profitable aquaculture business.

Visitors interested in starting a new business will find resources on everything from establishing an organizational structure to creating a business plan to securing financing. New and veteran producers can also find tips for connecting with consumers and tapping into niche markets.

Aquaculture Economics and Marketing Resources is one of several tools IISG uses to help aquaculture producers define markets and create value-added opportunities for their products. Since 2005, Kwamena Quagrainie has held roughly 40 workshops with over 1,200 participants. These and other efforts in Indiana resulted in about $15 million in farm sales of aquaculture products in 2013, a nearly five-fold increase over 2005.

To learn more about how aquaculture is strengthening Indiana’s economy, read our 2013 program impacts.

In the news: Aquaculture the best way forward for a fish-hungry world

July 2nd, 2014 by iisg_superadmin
Protecting fish populations worldwide while still meeting the steadily increasing demand for fresh seafood is a critical challenge facing several countries, but aquaculture (fish farming) is making significant advances in efficiency and sustainability that can meet those needs.

“Globally, we’ve hungered for 3.2 percent more seafood every year for the last five decades, double the rate of our population. Yet more than four fifths of the world’s wild fisheries are overexploited or fully exploited (yielding the most fish possible with no expected room for growth). Only 3 percent of stocks are considered ‘underexploited’—meaning they have any significant room for expansion. If we continue to fish at the current pace, some scientists predict we’ll be facing oceans devoid of edible marine creatures by 2050.

Aquaculture could come to the rescue. The Food and Agriculture Organization of the UN predicts that farmed fish will soon surpass wild-caught; by 2030, aquaculture may produce more than 60 percent of fish we consume as food.

One of the most pressing concerns about aquaculture, though, is that many farmed fish are raised on a diet of 15 million tons a year of smaller bait fish—species like anchovies and menhaden. These bait—also known as forage fish—are ground up and converted into a substance called fishmeal. It takes roughly five pounds of them to produce one pound of farmed salmon. Bait fish are also used for non-food products like pet food, makeup, farm animal feed, and fish oil supplements.

It may appear as though the ocean enjoys endless schools of these tiny fish, but they too have been mismanaged, and their populations are prone to collapse. They’re a ‘finite resource that’s been fully utilized,’ says Mike Rust of NOAA’s Fisheries arm. Which is disturbing, considering that researchers like those at Oceana argue that forage fish may play an outsize role in maintaining the ocean’s ecological balance, including by contributing to the abundance of bigger predatory fish.

And that’s where Belov’s trout come in: Though he swears no one can taste the difference, his fish are vegetarians. That means those five pounds of forage fish can rest easy at sea. It also means that the trout don’t consume some of the other rendered animal proteins in normal fishmeal pellets: like bone meal, feather meal, blood meal, and chicken bi-products.”

Read the complete article at the link above for more about recent developments in aquaculture, and visit our aquaculture page for further information.

February 25th, 2014 by iisg_superadmin
Much like a gardener hopes that their scattered seeds will eventually bloom into a lush garden, Illinois-Indiana Sea Grant awards seed grants to projects that address some of the biggest concerns in the Great Lakes in the hopes that the initiatives will grow into something larger. These Discovery Grant projects—totaling over 40 since 2009—cover a broad range of topics, and their results help natural resource managers and policy makers preserve Lake Michigan and strengthen nearby communities. 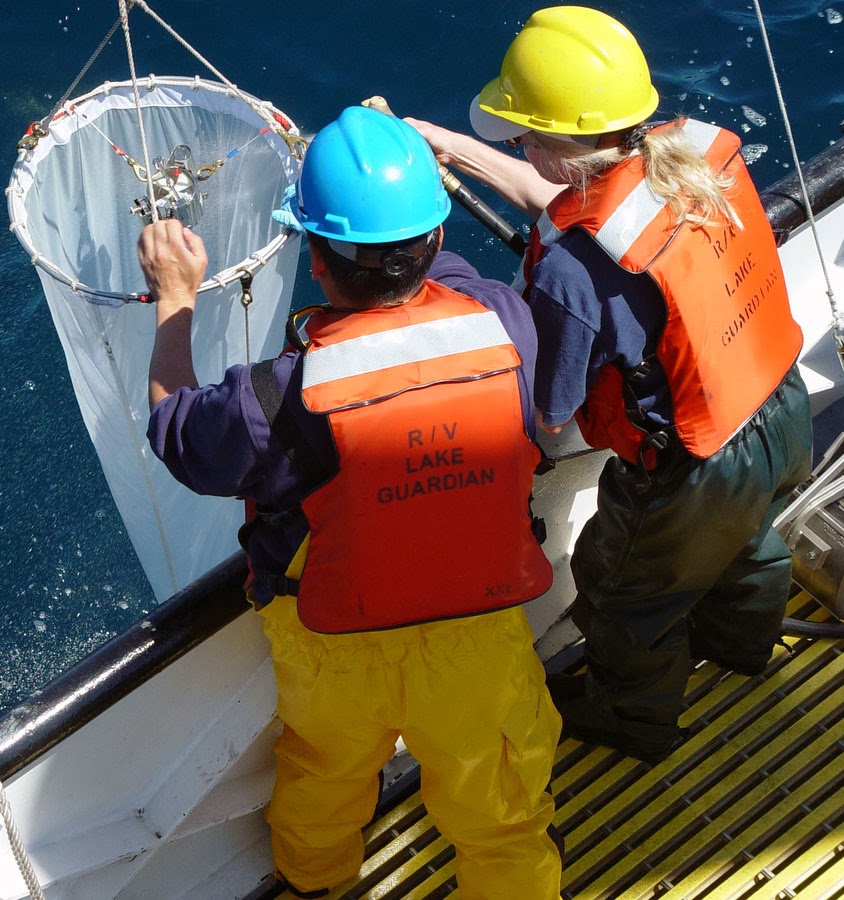 So, what are these projects exactly? We’re glad you asked. Discovery Grant Projects II shines a light on unexpected and emerging contaminants in stream water. Other featured projects examine the market for domestic seafood and give Hoosiers real-time access to fish consumption advisories. And another still paints a clearer picture of how Asian carp are changing the food web in the Illinois River.

Download the first edition, Discovery Grant Projects, to learn about past research on water quality, aquaculture, biodiversity, and more. And visit our Research page to read more about past projects and get a peek at ongoing research.