What happens when a canary in the coal mine can no longer be trusted to sound the alarm? Environmental chemist Michael Lydy answers this question in the latest edition of UpClose.

Lydy and his team at Southern Illinois University Carbondale are in the early stages of a three-year study examining the prevalence of pyrethroid insecticide resistance in a crustacean used by the U.S. Environmental Protection Agency to gauge the health of waterways. Widespread resistance in Hyalella azteca—something Lydy and others have already found in California and the Midwest—would raise doubts about the accuracy of a spectrum of state and federal biomonitoring programs.

Funded by a grant from the U.S. Geological Survey and the Illinois Water Resources Center, the study will also investigate whether a testing method known as Tenax can help scientists and natural resources managers more accurately predict the threat pyrethroids pose to aquatic life.

UpClose with  is the eleventh issue of the award-winning Q&A series that gives readers an insider’s view of research on emerging contaminants. Each interview highlights a unique component of emerging contaminant research. Readers also learn about the complex, and sometimes tricky, process of conducting field studies and the potential implications of research on industries and regulations.

December 14th, 2015 by iisg_superadmin
The latest edition of the UpClose interview series takes readers behind-the-scenes of Great Lakes plastic research.
In 2012, chemist Lorena Rios-Mendoza took part in the first-ever sampling of microplastics in the lakes, a project that revealed that Lake Erie has a higher concentration of minute particles than the Great Pacific Garbage Patch. Since then, she has led a number of studies to improve understanding of the chemicals that build up on the surface of microplastics and how photodegradation affects those chemicals and the plastics themselves. 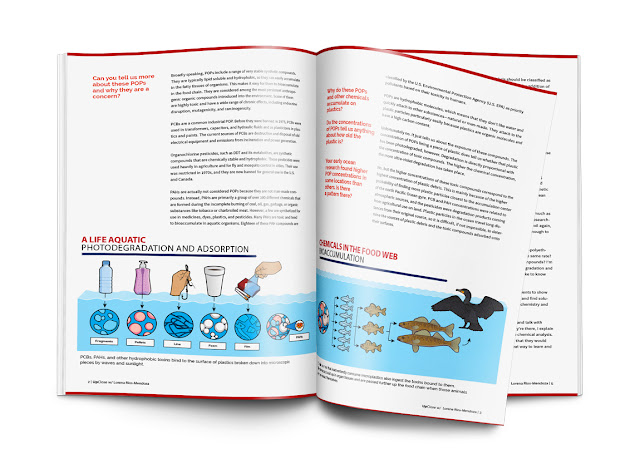 UpClose with Lorena Rios-Mendoza is the tenth issue of the award-winning Q&A series that gives readers an insider’s view of research on emerging contaminants. The series kicked off in 2012 with Timothy Strathmann, an environmental engineer at University of Illinois at Urbana-Champaign. Later editions featured the work of John Kelly, a microbiologist at Loyola University Chicago, Rebecca Klaper, an ecologist at the University of Wisconsin-Milwaukee, and the U.S. Geological Survey’s Dana Kolpin and Barbara Mahler.
Each interview highlights a unique component of emerging contaminant research—everything from tracing their source to understanding how they impact aquatic life. Readers also learn about the complex, and sometimes tricky, process of conducting field studies and the potential implications of research on industries and regulations.

It’s been two years since our first edition of UpClose, and we decided to celebrate the occasion by taking a behind-the-scenes look at the study that launched an era of scientific and public interest in pharmaceuticals and other emerging contaminants. 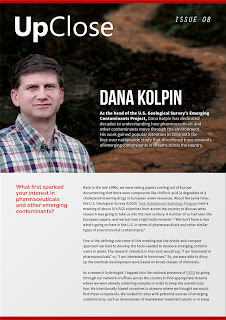 And to top it off, we’ve given the award-winning interview series a fresh new look.

Dana Kolpin, a research hydrologist and head of the U.S. Geological Survey Emerging Contaminants Project, played a key role in the first-ever nationwide survey of emerging contaminants. The study found pharmaceuticals, detergents, hormones, and other chemicals in streams across the country. When the results were published in the journal Environmental Science & Technology in 2002, they sparked a of flurry of media and research attention. To this day, in fact, it is still the most cited study in the journal’s history.

In the eighth issue of UpClose, Kolpin looks back on the challenges of designing and conducting a national study—particularly one in search of everyday chemicals like caffeine—and the cutting-edge methods scientists created to analyze the results. He also talks about the gaps in understanding that remain after more than a decade of investigating these contaminants and gives a sneak-peak at USGS’s latest projects. 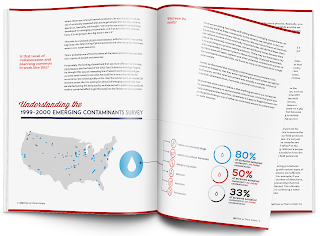 Find previous issues of UpClose and additional resources at unwantedmeds.org. 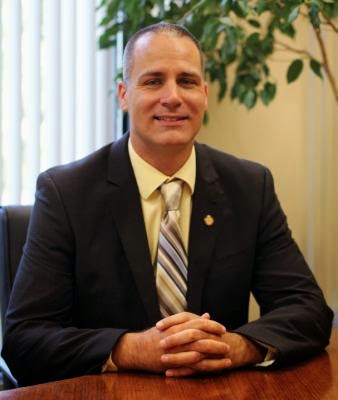 Steve Mauro’s research into the impacts of pharmaceutical and personal care products (PPCPs) on bacterial communities may have started as a small side project, but it has become so much more. The Gannon University dean gained national attention in 2011 when he and his research team discovered that small concentrations of fluoxetine are killing E. coli in the nearshore waters of Lake Erie. Today, Mauro continues to investigate exactly where and how fluoxetine and other pharmaceutical chemicals, both individually and combined, are changing the microbes that keep aquatic ecosystems healthy. And it is this work that brought IISG to his office bright and early on a June morning.
In this issue of UpClose, Mauro goes beyond his work on PPCPs to talk about the importance public outreach and about new efforts that are making it easier for forecasters and beach managers to predict when E. coli levels may make a trip to the beach more trouble than its worth.
Check out this and previous issues of UpClose at unwantedmeds.org.

May 21st, 2014 by iisg_superadmin
It has been nearly one year since IISG set sail on Lake Michigan to sample for plastic pollution. Since then, Sam Mason, a chemist from State University of New York Fredonia, and her research team have been hard at work analyzing those water samples. The initial results are revealed in the latest edition of IISG’s interview series UpClose.
In this issue, Mason talks about her ongoing work to quantify plastic pollution in the Great Lakes for the first time. In addition to the Lake Michigan results, Mason discusses plastic levels in the other four lakes, explains how plastics could impact aquatic wildlife, and suggests additional research needed to understand this emerging contaminant.
This is the sixth edition of UpClose, which takes readers behind the scenes of the latest research on pharmaceuticals and personal care products. Each interview targets a different component of PPCP research—everything from what happens to pharmaceuticals when water is treated to what bacterial resistance could mean for other aquatic wildlife living in urban rivers. Readers also get an insider’s view of the complex, and sometimes tricky, process of conducting field studies, and the potential implications of research on industries and regulations.
Read previous issues of UpClose at unwantedmeds.org. For print copies, contact Pollution Prevention Program Specialist Laura Kammin.