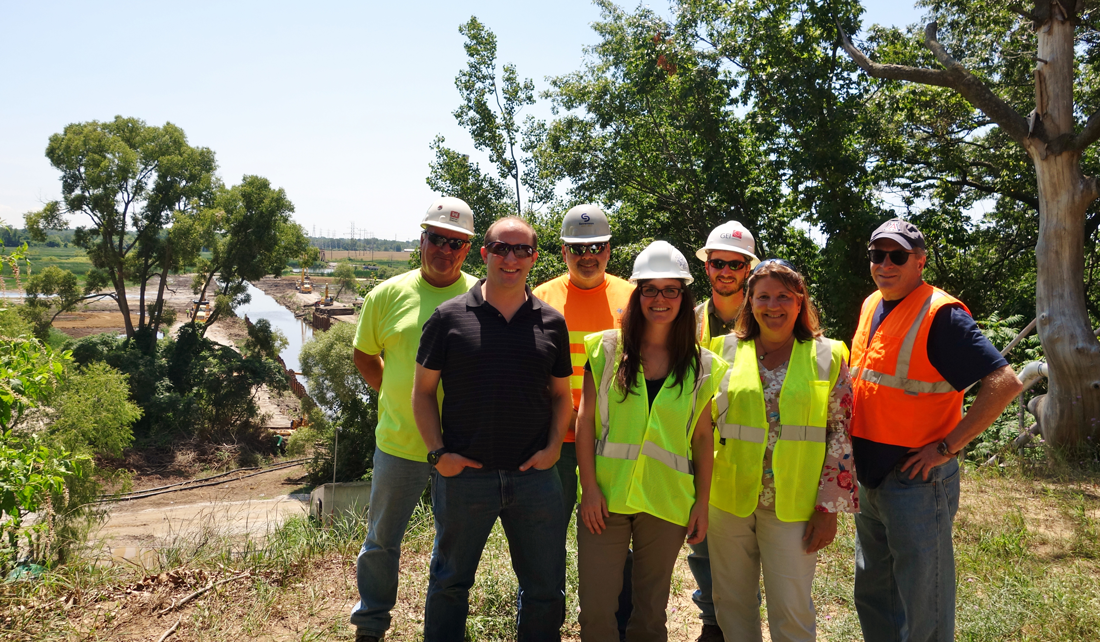 The prize winners fulfilled and exceeded the criteria of the Environmental Commission and made outstanding contributions to meeting the goals of WEDA, which are to “promote communication and understanding of environmental issues and stimulate new solutions associated with dredging and placement of dredged materials such that dredging projects, including navigation and environmental, are accomplished in an efficient manner while meeting environmental goals.” 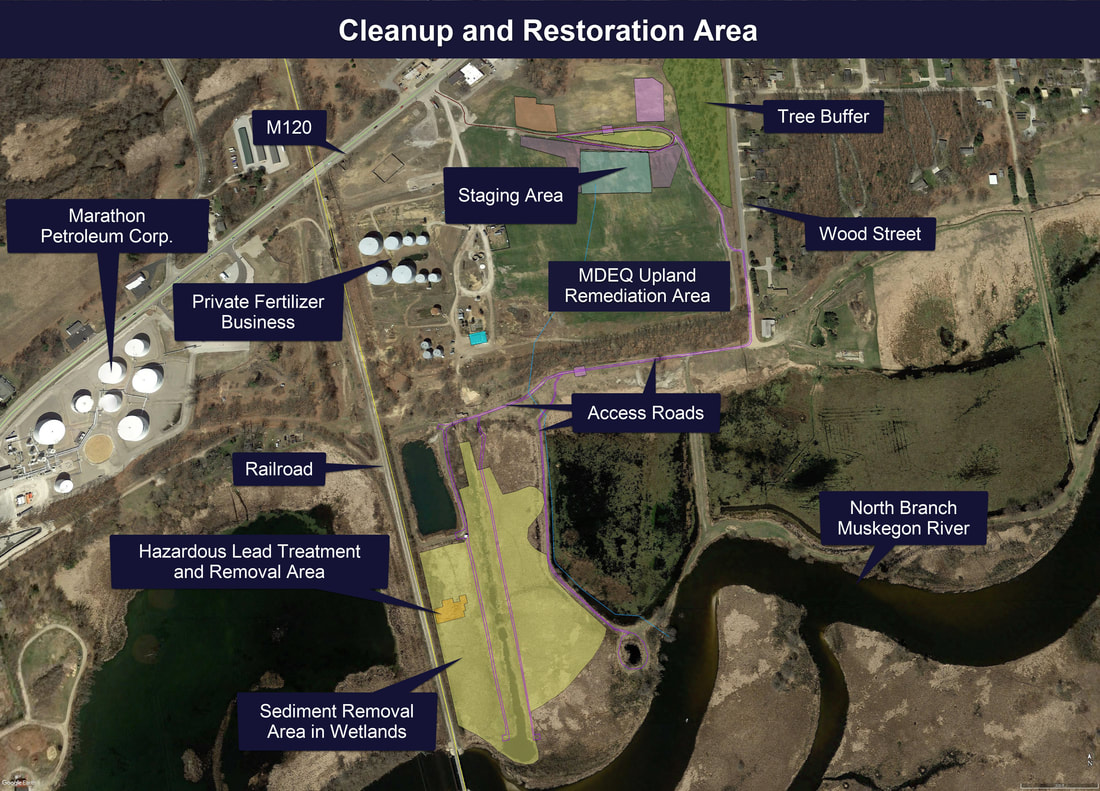 The Zephyr project area is located along the North Branch of the Muskegon River in the Muskegon Lake Area of Concern (AOC), Muskegon, Michigan. For more than 40 years, the Zephyr Oil Refinery operated with historic releases of petroleum and metals into the Muskegon Lake watershed. These releases contributed to significant contamination of the sediment and wetlands surrounding the site and resulted in the loss of fish and wildlife habitat, as well as other beneficial use impairments (BUIs) to the AOC. The Zephyr project was identified in the Stage 2 Remedial Action Plan for the Muskegon Lake AOC for restoration in order to support BUI removal. Under the Great Lakes Legacy Act, through the strong partnership between the U.S. EPA GLNPO and MDEQ, the project was completed in late 2018.

In addition to receiving the Environmental Excellence Award, the U.S. EPA GLNPO accepted WEDA’s Special Recognition Award for accomplishments toward restoring and protecting the health of the Great Lakes, specifically by remediating historical contamination in ports, harbors and other waterways. The people at GLNPO were honored as key players and leaders in finding practicable solutions to complex problems, just as they had in the remediation of the wetlands near the former Zephyr Oil Refinery.

The Zephyr project provided numerous environmental benefits by remediating legacy contamination and restoring native habitat within a Great Lakes AOC, and contributing to the future removal of BUIs within the AOC. It demonstrated how innovative partnerships and contracting approaches can lead to success on many levels. The remediation will provide economic benefits to the Muskegon Lake area and Great Lakes region and the many lessons learned will be beneficial for future projects. In addition, the thorough public outreach activities – the site is located adjacent to residential areas – demonstrated the importance of engaging with residents and other concerned citizens. 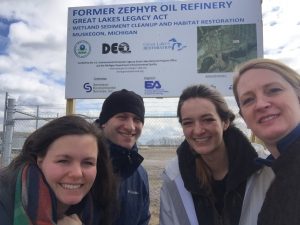 “Community outreach was a priority and a team effort at Zephyr,” said Caitie Nigrelli, environmental social scientist with the U.S. EPA and Illinois-Indiana Sea Grant. “We were digging up petroleum-based contaminants upwind of a neighborhood. We wanted to be a good neighbor. We needed to know that our project was maintaining air quality standards, and had a plan in place to communicate that. We went door to door before construction started to alert neighbors of potential odors and thank them in advance for their patience.”

Sustainable approaches were implemented in the remediation, including the reuse of all woody debris and trees removed on the site for habitat structures. The project team also left approximately 8% of the haul road material in place for an upcoming restoration project on the adjacent property, therefore reducing disposal quantities and reusing material in a beneficial manner. Finally, the environmental dredging of the Former Zephyr Refinery: Fire Suppression Ditch area included many unique elements that will be transferable and adaptable to future contaminated sediment remediation and restoration projects with similar characteristics.

To learn more about the Zephyr remediation process and to see drone footage of the wetlands before and after cleanup, visit Great Lakes Mud.