Posted April 8th, 2014 in Aquatic Invasive Species
The IISG aquatic invasive species team (AIS) kicked off their fishing tournament season with a bang earlier this week. Several members were onsite April 6 for a high school bass fishing tournament to talk with young anglers about the threat of AIS and what they can do to prevent their spread. Hosted by the Illini Bass Fishing Club, the third annual High School Open drew a record number of teams and anglers to central Illinois’ Clinton Lake.
IISG science writer Anjanette Riley joined the AIS team for the tournament and recalls the day’s events:

“If every fishing tournament this year was like the High School Open, this will be a great year for AIS outreach. During the couple hours we were onsite, Sarah Zack and Alice Denny  talked with hundreds of anglers, coachers, and on-lookers from Illinois and Wisconsin.

But more than the numbers, what really made Sunday a success was people’s enthusiasm. Groups huddled around the IISG table to talk about Sea Grant, invasive species, and three easy steps to ensure invaders can’t hitch a ride to new waterbodies: remove, drain, dry. Many of these coaches said they would take the message—and the Stop Aquatic Hitchhikers giveaways—back to team members not competing that day. And frequent announcements from Luke Stoner, the Illini club president, reminded the crowd of the risks AIS pose to their sport and the importance of “leaving the lakes better than we found them.” 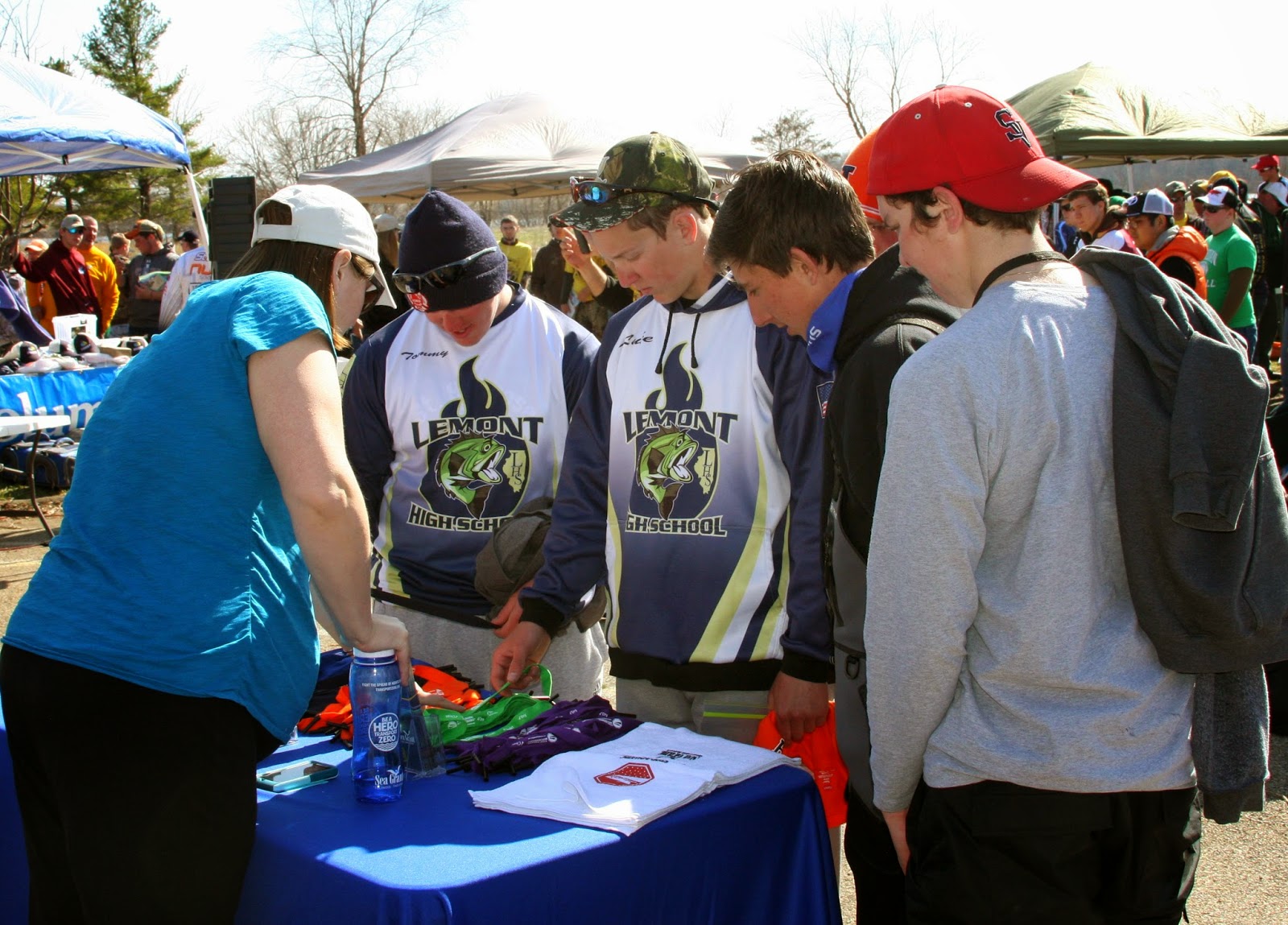 The day also proved successful for many of the anglers fighting to catch the most and biggest bass. The fish were hesitant to bite, but more than half of the 79 competing teams weighed in at least one. Several teams brought in bags of fish weighing more than 6 lbs. The winning duo, though, sealed their victory with two fish weighing in at 8.3lbs, and the Big Bass award went to an Edinburg-South Fork student who caught a 6.46lb largemouth bass—a true “Clinton Lake slaunch.”

These hard-working high school anglers have a full season of fishing in front of them. In fact, for many of the teams, Sunday was their first day on the water this year. And their successes at the tournament will help them qualify to compete in sectional and state competitions. 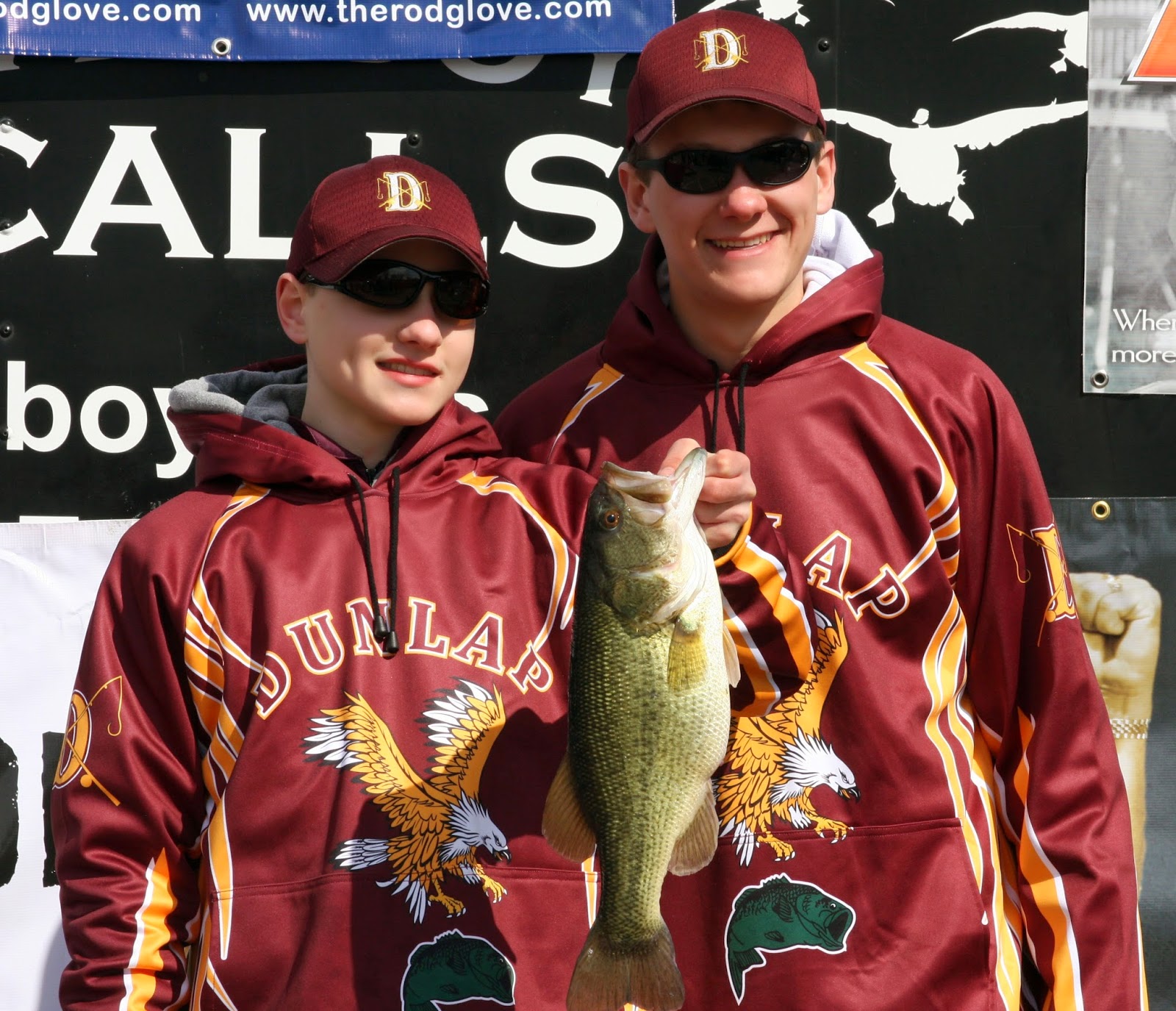 Sunday was the first of many tournaments for IISG’s AIS outreach team as well. Sarah, Alice, and others will take their message of prevention to professional and amateur tournaments across Illinois and Indiana this spring. But the annual High School Open marked a rare and important opportunity to talk with young anglers about the importance of curbing the spread of AIS.”
To learn more about AIS, visit the IISG website. And watch for our “Be a Hero – Transport Zero” campaign this summer with how-to information on basic steps to take before leaving a marina or boat ramp.
« Previous Post
Next Post »