It really was the wettest June on record in Illinois 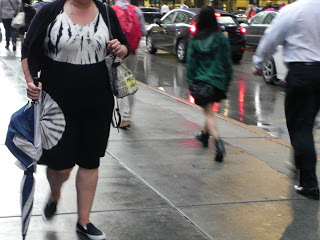 Heavy rain and flooding highlighted a wild month of June across central portions of the Midwest. Illinois was the wettest state, breaking a record that has stood for over 100 years. Illinois’ rainfall of 9.30 inches broke the record of 8.27 inches set back in 1902. This was more than twice the normal rainfall of 4.21 inches for the month. Indiana and Ohio also set June records with 8.90 inches and 8.13 inches, respectively. These states also saw more than twice their normal June rainfall and broke records that were set decades ago.

Chicago’s official station, O’Hare Airport, also reported more than double its normal precipitation with 7.12 inches. This was the 7th wettest June—the record is 9.96 inches set in 1993. Even though Chicago did not break its June precipitation record, it did break another—2015 now claims the cloudiest June on record with only 46 percent sunshine. The previous record low sunshine was 48 percent set back in 1942.

All of this rain has had its effect. Many crop fields are soaked, the rain stunting plant growth and preventing field chores. Lake levels continue to rise at record rates—more than 3 feet since January 2013. And NOAA is forecasting severe algal blooms in Lake Erie this summer. 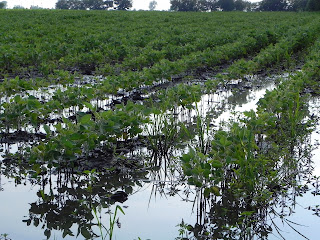 With record-breaking June rain across portions of the Midwest and some of the wettest June months occurring in recent years, you may wonder if this is an indication what’s in store for the future. But, even though June has been wetter than normal in the past 10-15 years, the overall trend of climate data for the Midwest, Illinois, and Chicago do not show a statistically significant upward trend in June precipitation. In fact, three of the top 10 driest June’s on record in Chicago have occurred since 2003 and two in Illinois since 2005. It’s possible that the region is in a predominately wet pattern, which can last for a few decades or more, but it may not stick around for much longer than that. This is what happened in early part of the 20th century when drier-than-normal years were more common than wetter years.

Climate model projections show only slight increases in future total annual precipitation for the Midwest, particularly in the winter and spring (summer and fall precipitation are not expected to change much). However, larger increases are projected in the frequency and intensity of extreme precipitation across the entire region—meaning more precipitation may fall with each event (and longer dry spells in between) but the overall yearly total may not change much.
–Molly Woloszen, IISG and the Midwestern Regional Climate Center