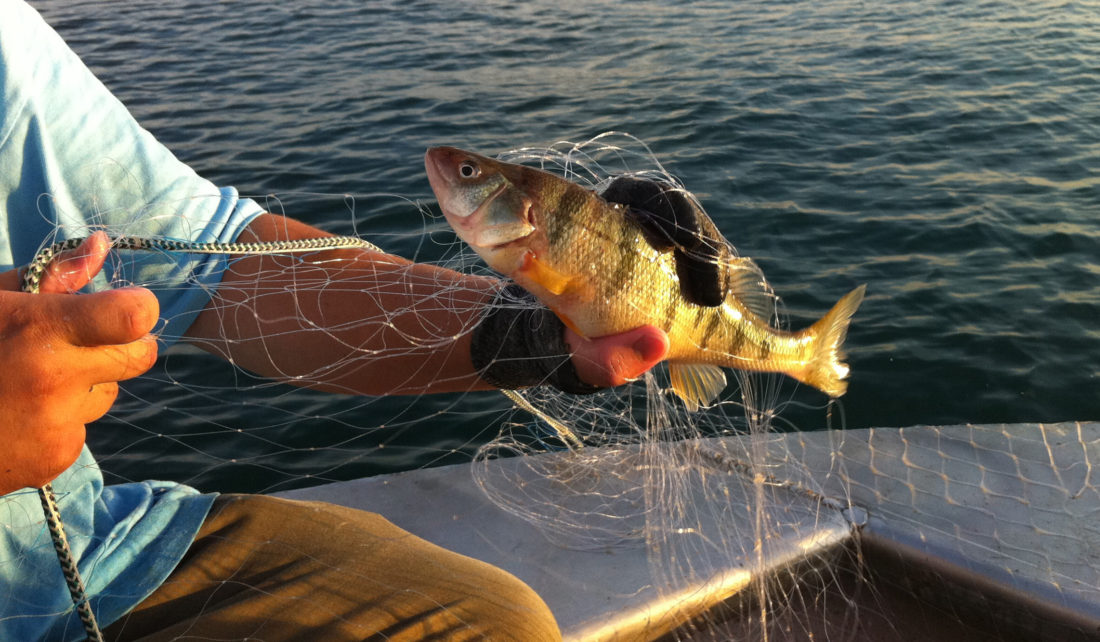 Yellow perch in Lake Erie dive down into hypoxic waters because the benthic prey there is richer in energy than what they could otherwise find.

Every summer, Lake Erie’s central basin develops hypoxia, or a dead zone, where oxygen is too low for most aquatic life to survive, but the size and distribution of that zone varies from year to year. To help in monitoring the lake’s hypoxia extent and concentrations, as well as assessing the quality of its fish habitat, Illinois-Indiana Sea Grant (IISG) researchers have developed a 3-dimensional model that maps out low oxygen areas.

Hypoxia can develop when phosphorus, often from nearby farm fields or industry, drains into local waters, leading to rapid growth of algae on a lake’s surface. As these organisms die off, they sink to the bottom and decompose, a process that uses up much of the available oxygen. As the shallowest of the Great Lakes, Lake Erie is particularly prone to algal blooms and hypoxia.

“The lake is predisposed to particularly drastic swings in habitat quality over time,” said Joshua Tellier, a biologist with the Michigan Department of Environment, Great Lakes and Energy who worked on this project while he was a Purdue University master’s student. In the central basin, in summer, the water develops distinct temperature layers, separating the lake’s colder bottom from oxygen-rich surface waters, setting the stage for hypoxic conditions.

“The main component negatively affecting habitat quality is the seasonal decrease in oxygen levels. We can connect the oxygen concentrations and the extent of hypoxia to habitat quality for fish over time,” he said.

The team tested how hypoxia and habitat quality affect three Lake Erie fish species—rainbow smelt, round goby and yellow perch. These three fish are common in the central basin, but they also each have different life strategies. Smelt are on the surface and eat plankton that float in open waters; gobies, on the other hand, are bottom feeders; and yellow perch are adaptable, taking advantage of both strategies.

The modeling revealed habitat quality for the three fish species over time, reflecting hypoxia’s impact on their ranges and locations.

With hypoxia situated at the lake bottom, when it is severe, gobies often need to move to another location where conditions are more suitable for them. Smelt have a more complicated story. They prefer to be in colder water, so when the lake’s upper layer heats up during the summer, they move down lower in the water. But, the low oxygen conditions at the bottom don’t work either.

“We find that when hypoxia is present, the smelt are basically sandwiched into the tiny interface layer between the bottom hypoxic water, and the upper warm water. We think they’re being thermally squeezed from above, and squeezed by oxygen stress from below,” said Tellier. 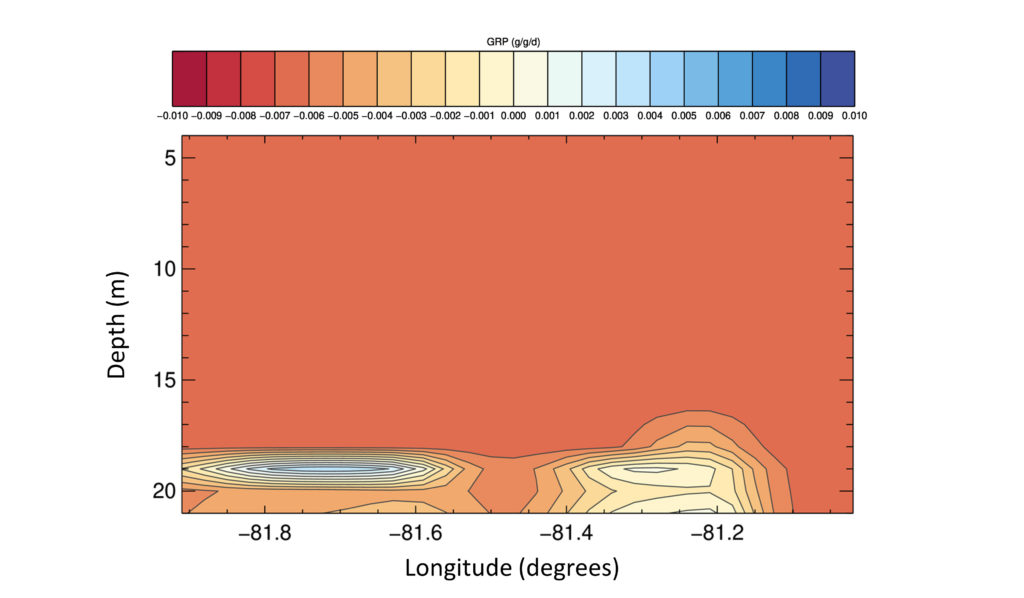 Looking at the central basin of Lake Erie from top to bottom using Tellier’s 3-D model reveals that during the hypoxic season, smelt find refuge in a thin band of habitat, shown here in the bluish area.

“Because they are adaptive, perch have many foraging strategies that they can use to survive in a wide range of conditions,” he explained. Studies have shown that perch will dive down into hypoxic waters because the benthic prey there is richer in energy than what they could otherwise find. “The perch are taking some sort of tradeoff where they’re saying, ‘it might tax my metabolism and my health to go down into this water, but there is a rich food resource in there—that’s worthwhile,’” Tellier added.

“Josh’s research is timely,” said Collingworth, “because the management community in Lake Erie is currently considering ways to determine if their actions are producing noticeable changes in the lake. These models can be used to provide meaningful biological endpoints related to fish habitat quality.”