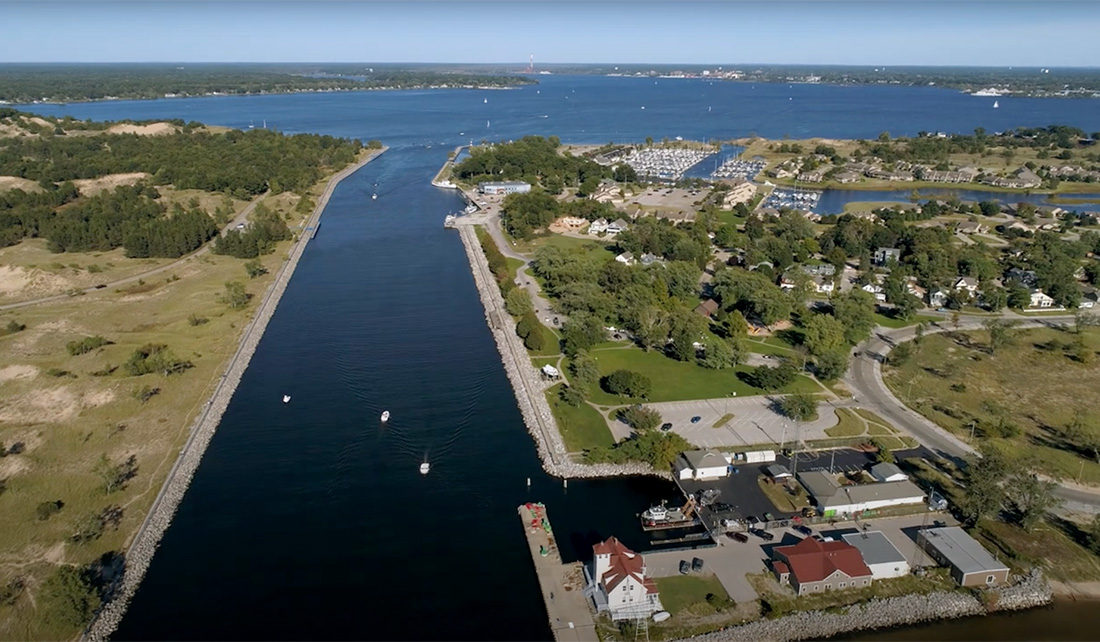 Until recently, Muskegon Lake was a Great Lakes Area of Concern. Now that the lake is cleaned up and restored, it provides a focus for recreation and economic development.

Many Great Lakes communities that have carried the burden of legacy pollution for decades have an opportunity for a new lease on life when local waterways are finally cleaned up. A new video series features five cities along waterways deemed Areas of Concern (AOCs) that are in various stages of the cleanup process and are experiencing revitalization.

Historically, the Great Lakes region was a center of industry—steel, leather and lumber, to name a few—that eventually shut down or moved elsewhere as economies and priorities changed. Left behind in these waters was a soup of contamination, leaving degraded waterways and depressed communities.

In the United States and Canada, dozens of sites were identified as AOCs in the Great Lakes Water Quality Agreement, and over the years, many have undergone remediation.

The U.S. EPA Great Lakes National Program Office (GLNPO) has provided leadership throughout the cleanup process, which involves dredging or capping contaminated sediment. Even before the cleanup and subsequent restoration, local agencies and organizations have a seat at the table to discuss processes and priorities.

Funding is often a partnership between the federal government, in the form of the Great Lakes Legacy Act (now through the Great Lakes Restoration Initiative), and state, regional and local stakeholders.

The videos feature five cities—Duluth, Minnesota; Muskegon, Michigan; Sheboygan, Wisconsin; Ashtabula, Ohio; and Buffalo, New York—that have had some or all of their contaminated sites cleaned up and ecosystems restored. Local government representatives, business owners and residents share the impact of this work on recreation, tourism, economic development, housing and quality of life in the area.

Video interviews revealed stories about rivers and lakes that have been brought back to life and are bringing people to the water.

For example, the Buffalo River is the new home of restaurants, microbreweries and a host of other new developments. Along the Sheboygan River or nearby, $60 million has been invested in housing with hundreds of new apartments, and the St. Louis River in the Duluth area has been designated a National Water Trail by the National Park Service.

“Our motto is basically, if you clean it, they will come,” said Chris Korleski, EPA GLNPO director. “We’ll go in and dig up contaminated sediment, restore habitat and make that area a place where people actually want to go. This work restores the environment and promotes economic growth, but I think mostly it promotes a sense of community that was absent from that area.”

To learn more about the remediation, restoration and revitalization of Great Lakes Areas of Concern, visit GreatLakesMud.org.