Coastal residents, businesses and decision-makers around the country will consider how their communities can adapt to climate change through eight newly awarded NOAA National Sea Grant College Program grants.

Each of these $25,000 climate engagement mini-grants will support projects focused on preparing for changing climate conditions. The projects will be led by principal investigators from local Sea Grant programs and NOAA Regional Collaboration Teams in eight regions including Alaska, the Pacific Islands and sections of the mainland United States.

The mini-grants will fund projects in the following regions:

• Alaska – To produce a short video on the effects of climate change on Alaska and how Alaska marine-dependent communities can plan for adaptation. The video will be a focal point of community workshops around the state and will be shown on statewide television and on the internet. Principal investigators: Paula Cullenberg, Alaska Sea Grant Marine Advisory Program at the University of Alaska Fairbanks and Amy Holman, NOAA Alaska regional coordinator.

• Western – To present a workshop to engage recreational fishers, resource managers, scientists, and environmentalists in assessing and planning for climate change impacts on West Coast fisheries. The workshop will be the first step toward implementing a climate change plan for west coast fisheries. Principal investigators: John Stein, NOAA Western Regional Team leader and Penelope Dalton, Washington Sea Grant at the University of Washington.

The Climate Engagement Mini-Grant Program is modeled after the NOAA Stakeholder Engagement Mini-Grant program, which distributed grants in 2009 to fund regional pilot projects engaging communities in issues of interest to both NOAA and local residents. The goal of the new program is to leverage NOAA and Sea Grant resources to help coastal communities adapt to climate change.

Sea Grant is a nationwide network of 32 university-based programs that work with coastal communities. The National Sea Grant College Program engages this network of the nation’s top universities in conducting scientific research, education, training, and extension projects designed to foster science-based decisions about the use and conservation of our aquatic resources.

NOAA understands and predicts changes in the Earth’s environment, from the depths of the ocean to the surface of the sun, and conserves and manages our coastal and marine resources.

Fishing is fun & exciting! Follow these tips to stay safe: 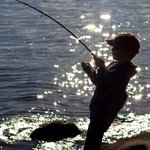