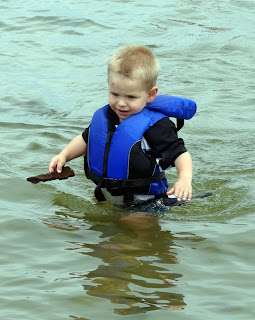 With the water sports season in full swing, a coalition of Indiana officials and community groups is hosting a Water Safety Day to raise awareness of safe boating and swimming practices. Hoosiers are invited to the U.S. Coast Guard Station in Michigan City on June 6 from 10 am to 2 pm.

More than 20 people drowned in Lake Michigan last year, and many of those incidents took place at the southern end of the lake. Since 2010, roughly 380 people have drowned in the Great Lakes according to data collected by the Great Lakes Surf and Rescue Project (GLSRP).
“We want to see those numbers fall,” said Leslie Dorworth, aquatic ecology specialist with Illinois-Indiana Sea Grant (IISG) and member of the Southern Lake Michigan Water Safety Task Force. “And there is a lot that individuals can do to keep themselves and others safe at the beach or on the water.”
Water Safety Day will feature information on everything from choosing proper boating equipment to tools developed by the National Weather Service (NWS) and Indiana Department of Environmental Management (IDEM) that tell beach-goers when and where it’s safe to be in the water. Paddlers and boaters can also hear about best practices from the Northwest Indiana Paddling Association (NWIPA) and the U.S. Coast Guard (USCG). 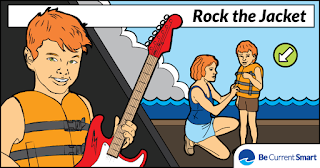 The event will also feature messages from a new regional water safety campaign with tips for steering clear of dangerous currents and waves. The Be Current Smart campaign encourages swimmers not to jump off structures or enter the water when waves are high. And parents are reminded to “be a water watcher” and keep a close eye on children while they’re in the water.
In addition to hosting Water Safety Day, the Southern Lake Michigan Water Safety Task Force will also participate in several Coastal Awareness Month events slated through June. The group, which was formed last year by IISG, includes representatives from Indiana’s Lake Michigan Coastal Management Program, Indiana Dunes State Park, USCG, NWS, IDEM, GLSRP and NWIPA, as well as officials and beach managers in several coastal communities.