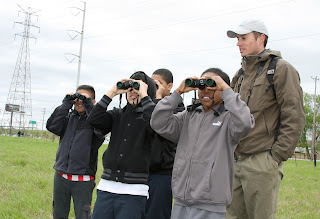 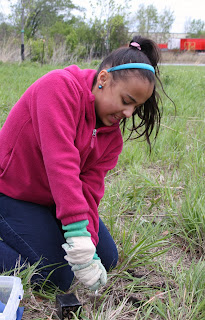 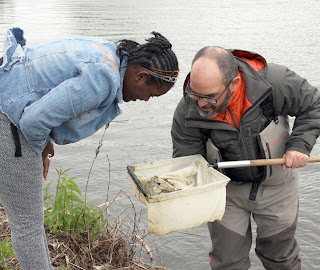 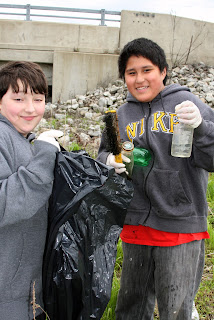 June 20th, 2014 by iisg_superadmin
Two years ago, a group of middle school students planted native seedlings along the banks of Roxana Marsh to celebrate the successful cleanup of the waterway. On Monday, those same students returned for another day of learning and service to find the marsh in bloom – thanks in large part to their efforts. 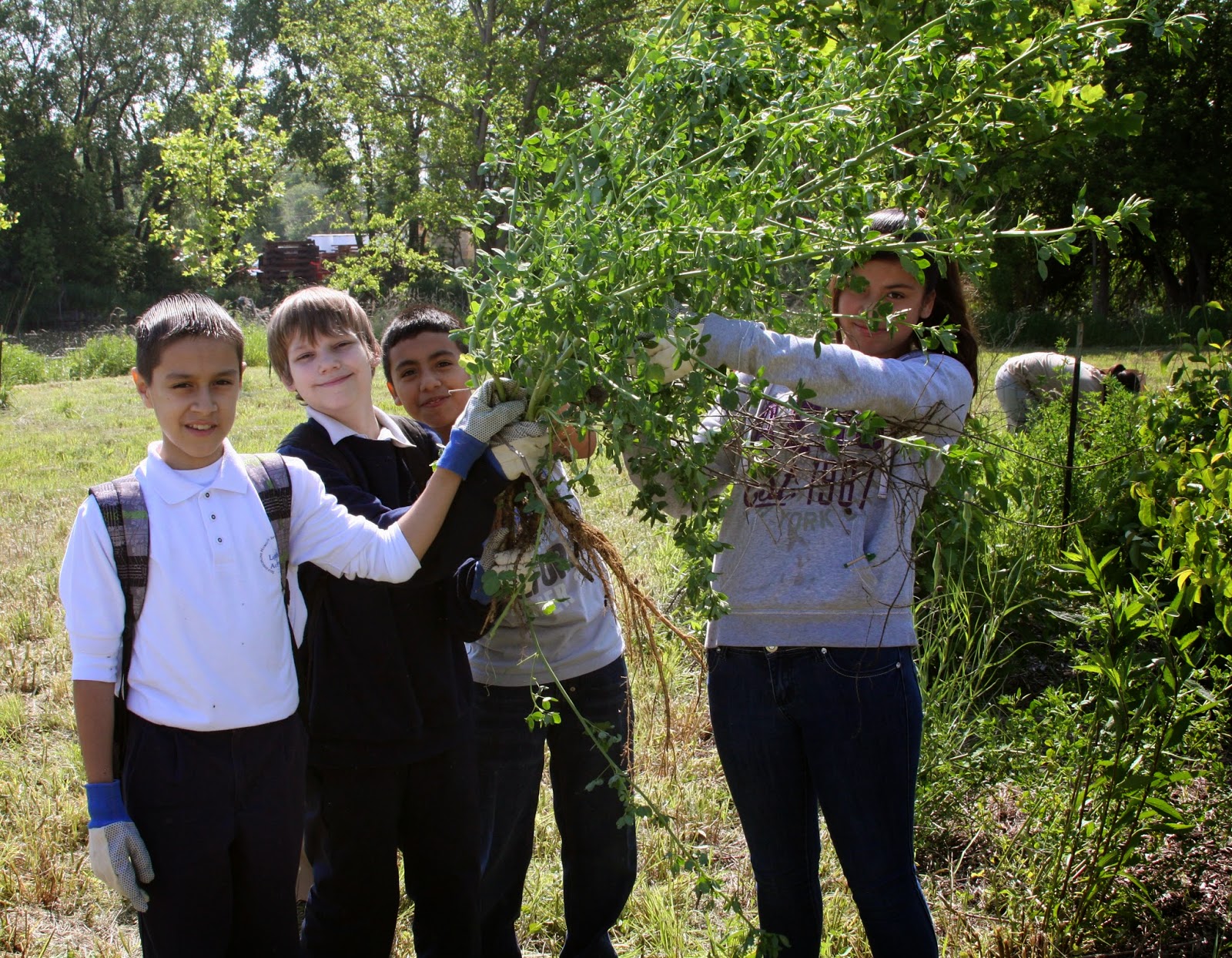 “It’s good to know that we did something phenomenal to help our environment,” said Sandra Olivarria, one of the East Chicago Lighthouse Charter School students participating in the event.

Monday morning’s stewardship began with speeches from state and local officials, including Indiana Representative Earl Harris, Senator Lonnie Randolph, and Mayor Anthony Copeland of East Chicago.
“We need to start to get everyone involved in this kind of project at an early age so that when you grow up, you become part of something that keeps you involved for the long term,” Representative Harris said. 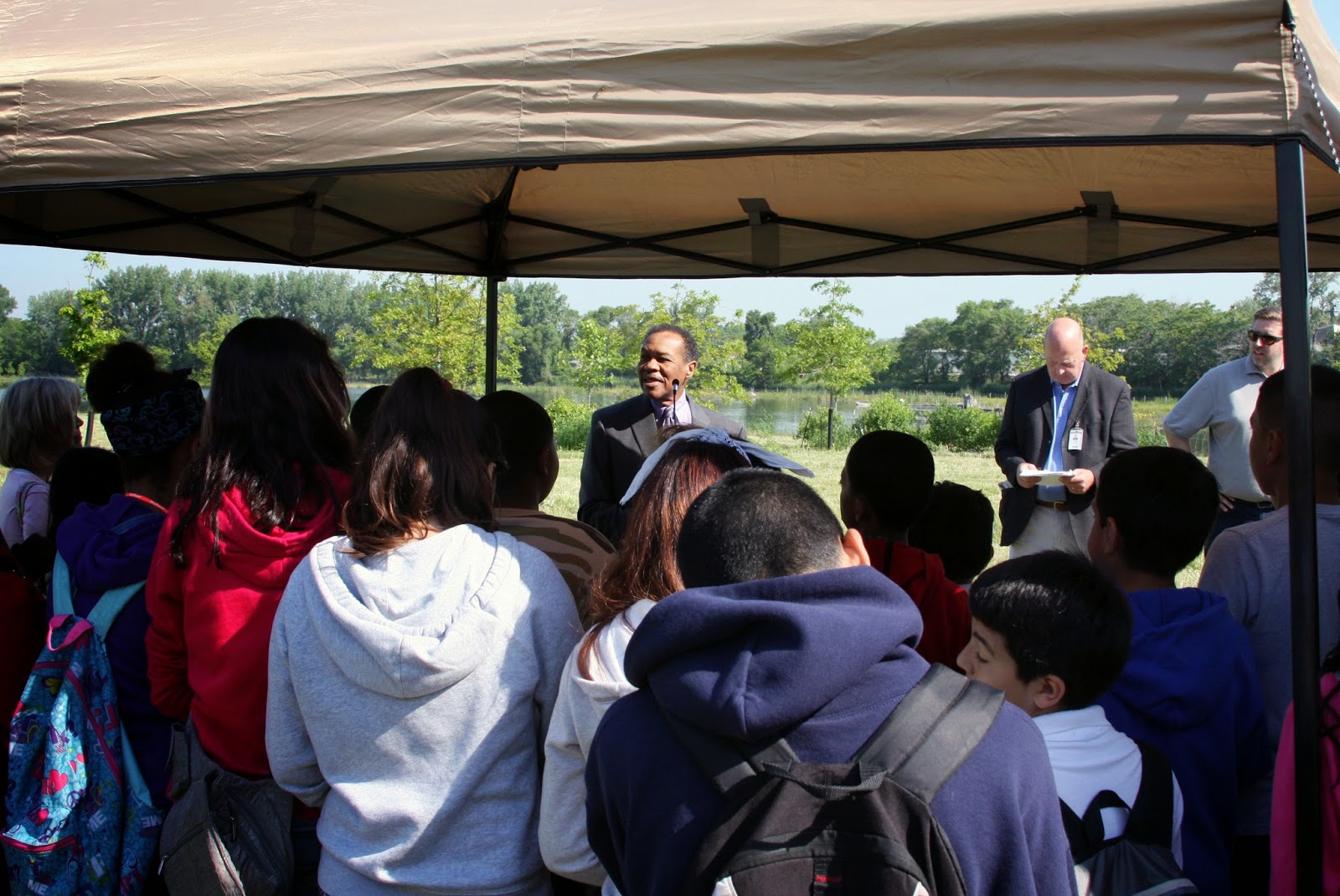 The rest of the day was devoted to hands-on activities that encouraged students to get familiar with the plants and animals inhabiting the area. The class looked at native and non-native plant species growing around the marsh, then checked on the flowers they had originally sprouted in their classroom. The kids worked together to pull up the invasive clover that had grown around their plantings – a little tricky at times, they said, but “pretty fun, too.”
“It feels so good to come back and see what we did two years ago, and see it all grown and restored!” one student exclaimed. 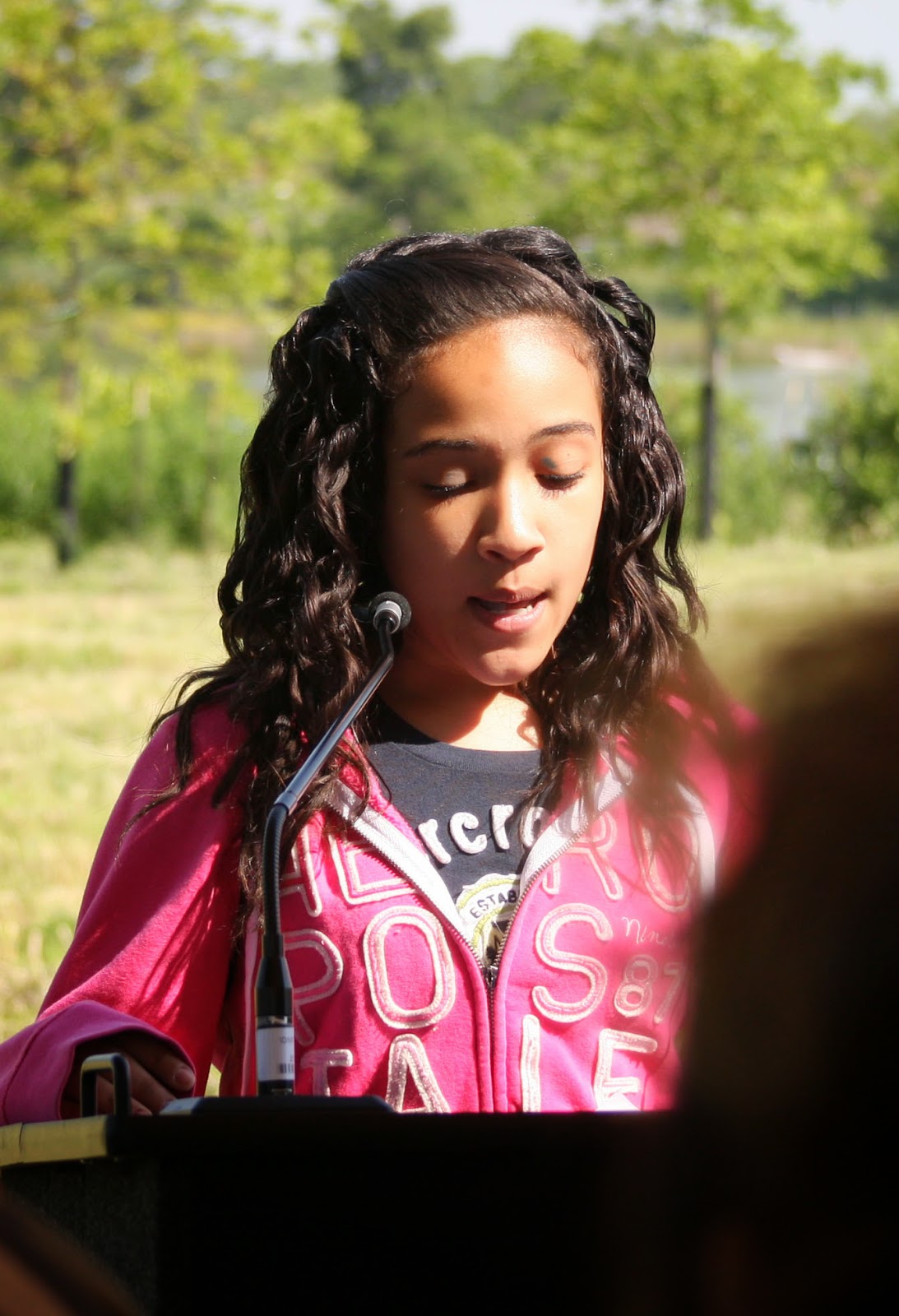 Down by the water, volunteer scientists helped students take samples of mud from the marsh to collect bottom-feeding aquatic animals that lived there. The students identified various species of worms, snails, larvae, and tadpoles, and were delighted at the chance to handle these small creatures.
The class also cleaned up trash from the marsh and along Roxana Drive, helping to beautify the area.
“I’m really proud of all the work the students performed today,” said IISG environmental social scientist Caitie McCoy. “It was thrilling to have them come back and take care of a beautiful environment that they helped create. Today, nature was our classroom, and I think the students learned a lot.”
Roxana Marsh is now home to blue herons, wild irises, and all sorts of aquatic life. But it wasn’t always that way. Located on the Grand Calumet River, the marsh was heavily polluted for more than a century with byproducts of heavy industry around East Chicago. Federal and state agencies worked to dredge the river, removing contaminated sediment and restoring the surrounding habitat as part of the U.S. EPA’s Great Lakes Legacy Act. 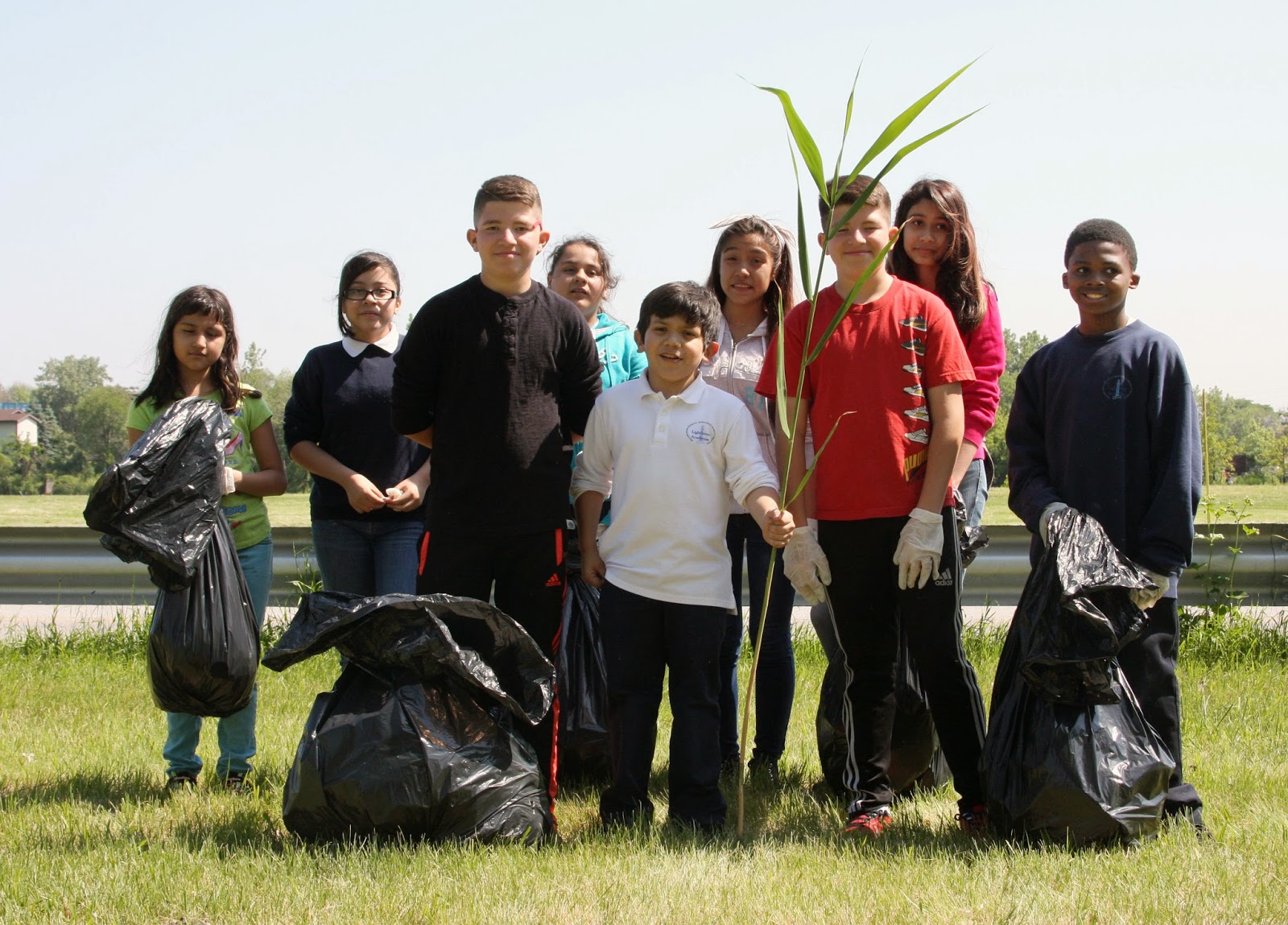 Monday’s restoration activities and press event brought together partners from the US EPA Great Lakes National Program Office, US Fish and Wildlife, Indiana Department of Environmental Management, Indiana Department of Natural Resources, Illinois-Indiana Sea Grant, The Nature Conservancy, and Shirley Heinz Land Trust. The Roxana Marsh cleanup and Caitie’s work to improve community engagement here and at other Areas of Concern is possible because of the Great Lakes Restoration Initiative and the Great Lakes Legacy Act.
Teachers interested in integrating AOC issues into their classroom can find activities and other resources in our Helping Hands curriculum.