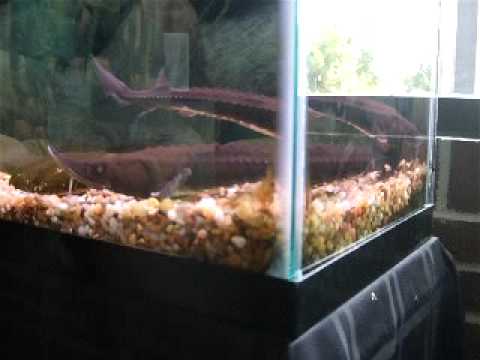 Where we take a moment to explore some of the unique and impressive species that call the Great Lakes home. 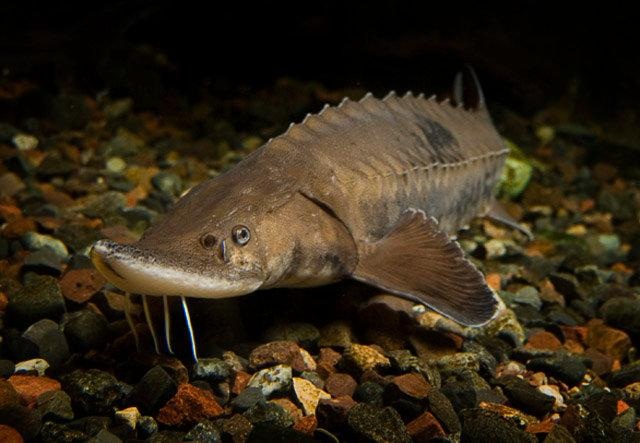 Skin like a shark, feeding habits akin to those of a whale, and a lifespan comparable to our own—the lake sturgeon is a peculiar species indeed. Found in large lakes and rivers, this toothless, whiskered bottom feeder is the largest, longest living, and one of the most ancient species in the Great Lakes. With an average length of 3-5 feet and a weight of 10-80 pounds, some lake sturgeon have grown to be 8 feet long and 300 pounds. Males typically live around 50 years while females’ lifespans range anywhere between 80-150. And with origins during the late cretaceous period, this species has remained relatively unchanged since the time of the triceratops and the tyrannosaurus rex.
The lake sturgeon’s skeleton is partly cartilaginous. Its body has no scales and is lined with five rows of bony plates called skutes—one on top and two rows along each side. Two pairs of fleshy sensory organs called barbels hang from its shovel-like snout like whiskers to help the lake sturgeon find prey. Its diet consists primarily of benthic organisms—small bottom-dwelling creatures like mussels, snails, crustaceans, aquatic insects—but they have been known to eat small fish. With no teeth, the lake sturgeon uses its snout to dig up whatever prey it finds and then sucks it up through its protractile mouth, filtering out sediment through its gills while digesting the organic material.
As hardy as the lake sturgeon may seem, its population suffered almost incalculable losses in the late 19th century. Initially thought of as a nuisance fish that damaged fishing equipment, lake sturgeon were slaughtered en masse. They’d be buried on shore or lined up to dry in the sun like stacks of timber and later used as fuel for steam ships due to the high oil content of their meat. Over time, lake sturgeon meat and eggs became prized commodities, leading to overfishing and an eventual collapse in population.
Recovery has historically been a challenge due to the lake sturgeon’s naturally slow reproductive cycle, with males only reaching maturity around 15 years of age and females at closer to 20. This in combination with lake and river pollution, habitat loss, and dam activity blocking access to spawning grounds has lead to a long decline of lake sturgeon populations across the U.S. and Canada. As a result, lake sturgeon are listed as an endangered, threatened, or species of special concern by 19 of the 20 states where they are found.
But in recent years, some populations have started to rebound. State and Canadian governments now enforce strict policies that limit the number of sturgeon caught each year. Spawning habitats have been constructed, watersheds have been stocked, and eggs have been raised in artificial cultures. People are also encouraged to report any sightings of lake sturgeon to help get a better idea of their numbers.
***Photo by Great Lakes Aquarium
« Previous Post
Next Post »